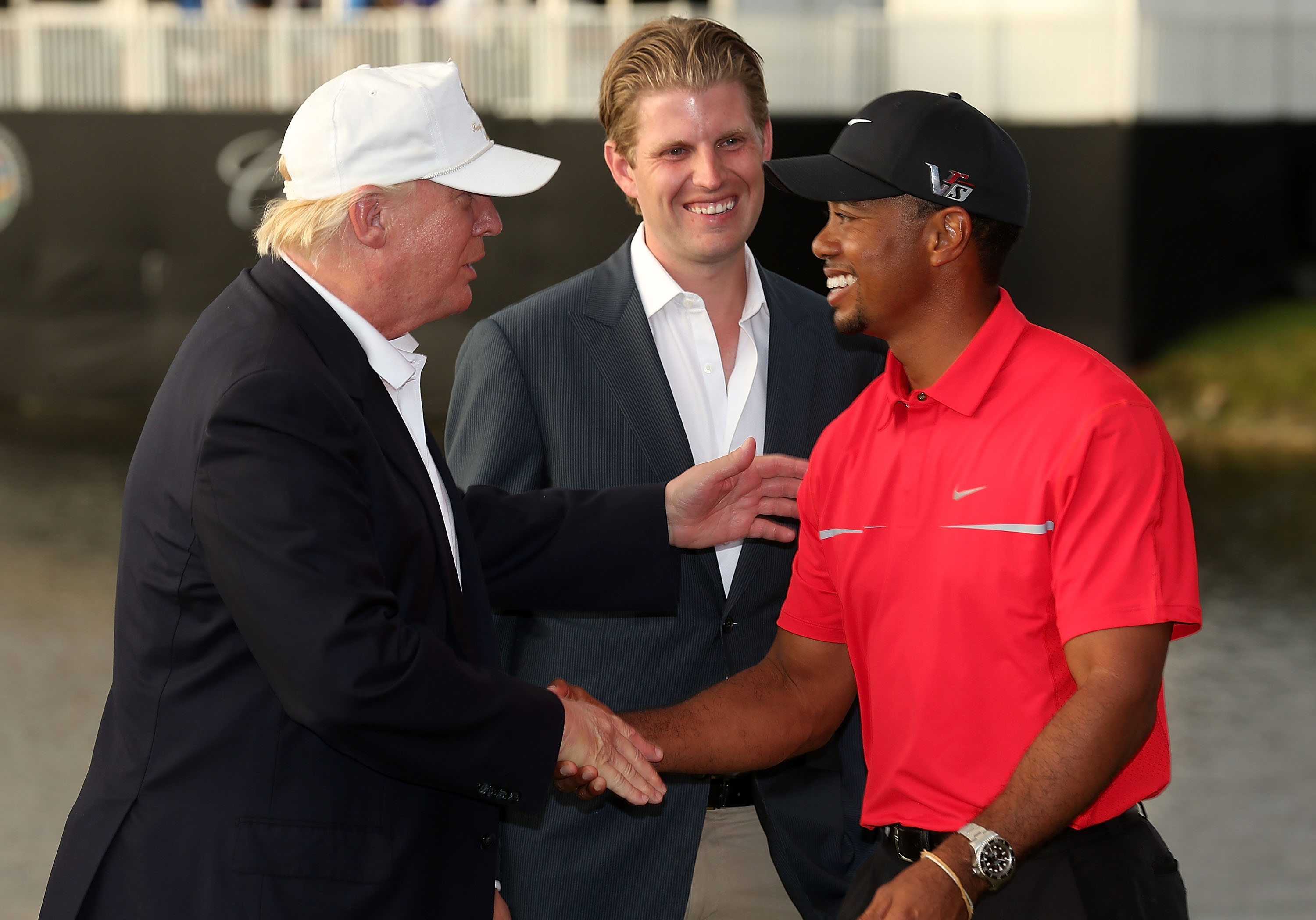 My long, 25-year roller-coaster history with the Tiger Woods story is very well documented. The short version is that I was one of his biggest and earliest fans, then one of his harshest critics, before finally, like most of the sporting world, thoroughly enjoying his insanely emotional and miraculous comeback victory at yesterday’s Masters Tournament.

The redemption of Tiger Woods is the greatest sports drama of my lifetime, and maybe ever. It also may be the most remarkable fall from grace, followed by a highly improbable total turnaround, of any huge public figure in modern history.

Everyone who has lost faith in our species should celebrate the latest chapter in the Tiger Woods saga. Every person who has ever given up hope after falling on hard times should take solace that Woods has proven, in case they had forgotten, that the human spirit is capable of overcoming seemingly insurmountable odds.

But with all that said, President Donald Trump’s declaration earlier Monday that he would present Woods with the Presidential Medal of Freedom is, at best, premature, and quite possibly absurd.

Trump tweeted that he would present Woods with what is probably our highest civilian honor because of his remarkable comeback in both sports and in life. There is no absolutely doubt that Trump has correctly described the most important element of Woods’ fifth Masters victory, which came 14 very long years after what was widely thought to be his last one.

However, Tiger Woods’ comeback “in life” came largely in response to his own very self-inflicted problems, specifically his massive infidelity scandal, which rocked the world in 2009 and caused him to lose his marriage, his dignity, and his golf game. Yes, recovering from what might have been career-ending back injuries is amazing, but that alone, especially when Tiger is still only 43-years old, is hardly enough to be granted such a prestigious honor by the president of United States.

The three previous golfers who were bestowed the award, Jack Nicklaus, Arnold Palmer, and Charlie Sifford, all were honored very late in life and well after they had retired (and thus were extremely unlikely to do anything which could bring dishonor to the award). Similarly, Penn State football legend Joe Paterno was set to receive the Presidential Medal of Freedom at 84 years old, before it was revoked after he was (very unfairly, in my highly educated view) somehow implicated in the Jerry Sandusky scandal.

Tiger is simply too young to receive this kind of honor, especially given his checkered history and the fact that almost all of his accomplishments have been on the golf course, rather than, for instance, trying to cure cancer. But obviously Trump sees far too many personal benefits to resist being the president who confers this honor on Woods, and therein lies another part of the problem with this misguided idea.

Trump, who is a walking conflict of interest in so many ways, and seems to violate the Emoluments Clause of the Constitution on nearly a daily basis, is literally the most inappropriate person to ever hold his office to give this award to Woods. Quite obviously, Trump’s primary business is golf-related and Tiger Woods is, and now will be for the rest of his life, the biggest and most powerful name in that industry.

By normal presidential standards, this conflict alone would make the whole arrangement highly inappropriate. For instance, who is to say that they will not end up as business partners on golf courses as a direct result of Trump prematurely giving Woods this honor?

If President Jimmy Carter, who famously owned a peanut farm (which, unlike Trump’s holdings, had to be put in a blind trust!) ever presented the Presidential Medal of Freedom to the “Tiger Woods” of the peanut business, while still at the height of their power in that world, the negative reaction would have been strong enough to kill the idea before it ever became public. Of course, because Trump has already trampled over so many ethical norms, including with regard to who gets the Medal of Freedom, this kind of transgression will be seen as very small potatoes, which is exactly how Trump has designed his constant recklessness and corruption to work directly in his favor.

Eventually, Tiger Woods will hopefully be very well qualified to be presented the Presidential Medal of Freedom, but now is not that time, and President Trump is the wrong president to give it to him. Ideally Tiger Woods would show better judgment than Trump and politely decline, but that would be an even bigger upset than his amazing victory at the Masters.