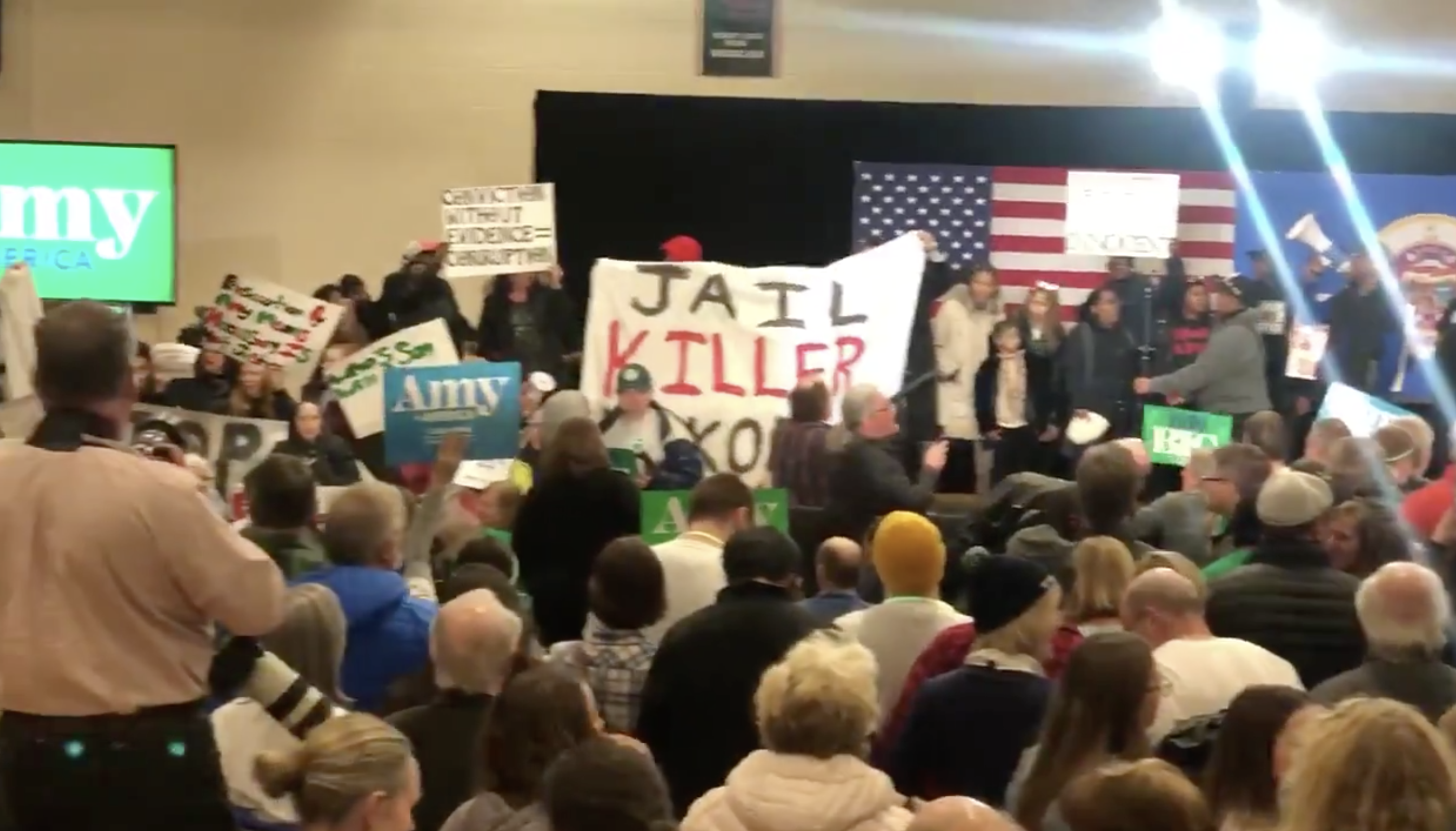 Sen. Amy Klobuchar was forced to cancel a Minnesota rally on Sunday, before even making it to the stage, as Black Lives Matter protesters took over and chanted, “Klobuchar has got to go,” and “Black Lives Matter” for more than 40 minutes.

ST. LOUIS PARK, MN — Protesters in Senator Klobuchar’s home state have stormed the stage at her campaign rally, with dozens chanting, “Free Myon!” and “Klobuchar has got to go!” pic.twitter.com/n0MLZK3mO7

The Black Lives Matter demonstrators were primarily protesting Klobuchar’s role in the 2002 prosecution of Myon Burrell, a teenager who was sentenced to life in prison on murder charges following a controversial investigation.

An Associated Press investigation revealed that the police tactics used to investigate the case were questionable, due to the lack of reliable eyewitnesses and physical evidence.

Minnesota is both Klobuchar’s home state and one of the 14 states voting on Super Tuesday, marking the rally as an important event for her candidacy, especially considering her sixth-place finish in the South Carolina Primary.

Following the cancelation of the rally, Justin Bueon, Klobuchar’s campaign manager, told reporters, “I’m very disappointed about what happened tonight. We had a negotiation, we had an agreement with the organizers of the protest to meet with the senator on site. She was in the room ready to meet with them, and then they changed the terms and decided they didn’t want to meet with her.”