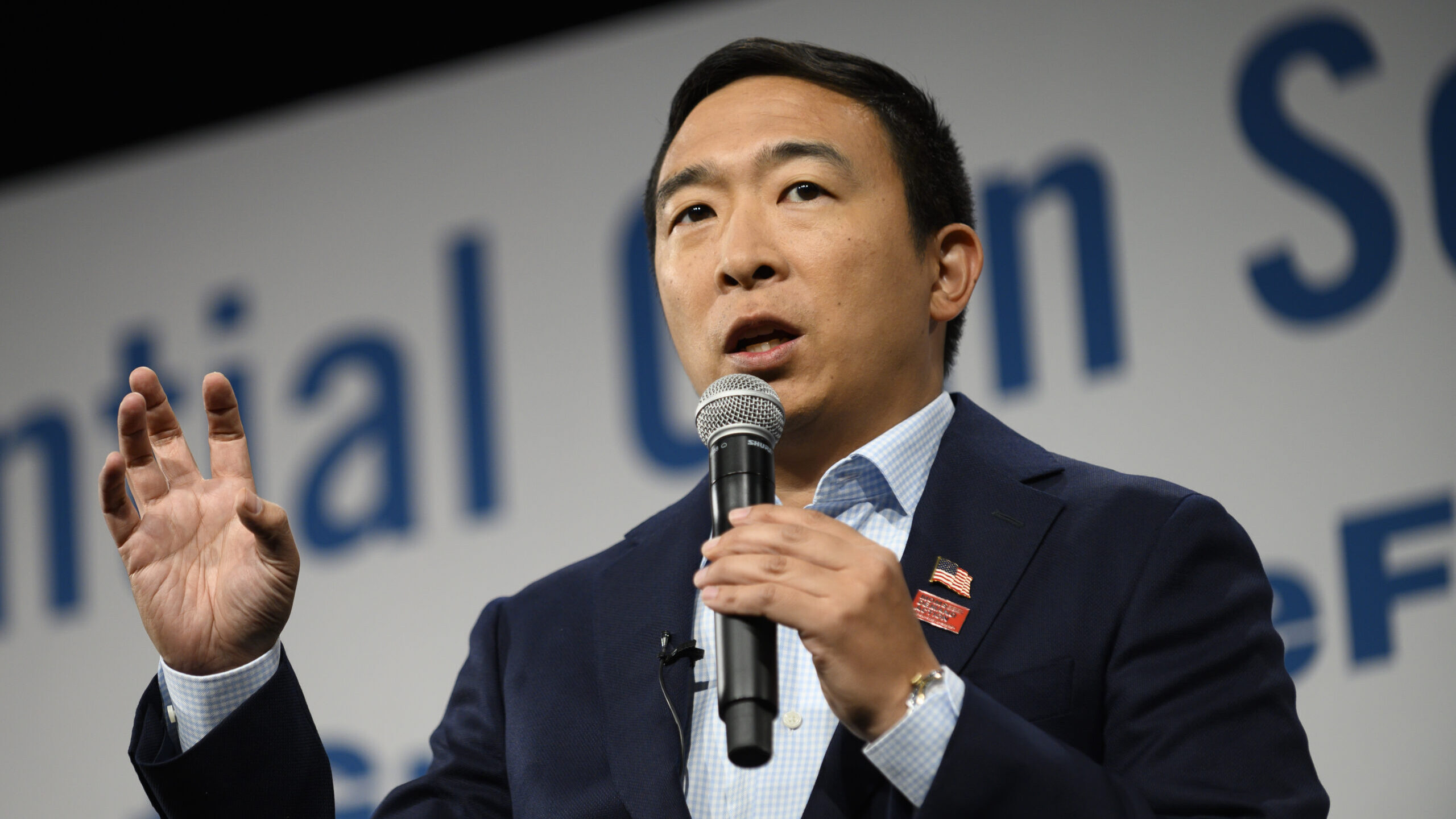 “I genuinely do love you and your community,” Yang told the Stonewall Democratic Club of New York during a virtual endorsement interview Wednesday, according to the Times. “You’re so human and beautiful. You make New York City special. I have no idea how we ever lose to the Republicans given that you all are frankly in, like, leadership roles all over the Democratic party.”

“We have, like, this incredible secret weapon,” he reportedly added. “It’s not even secret. It’s like, we should win everything because we have you all.”

Yang also “cited gay members of his staff as apparent evidence of his openness to the club’s concerns, and expressed enthusiasm about the prospect of visiting Cubbyhole, a storied New York lesbian bar,” the Times reported.

Some who attended the virtual meeting told the Times that while Yang talked about bringing back the city’s Pride March, which was cancelled in 2020 for the first time in its 50-year history due to the coronavirus pandemic, he didn’t address more substantive issues that concerned the group.

“Gay, gay, gay. Wow … more to us than just that,” one person said in the chat accompanying the forum, according to the Times. “He kept calling us ‘Your community,’ like we were aliens,” another said.

“When I see a candidate come in just with Michael Scott levels of cringe and insensitivity, it either tells me Andrew Yang is in over his head or is not listening to his staff,” a club member told the Times, referring to the character played by Steve Carell on The Office. “Those are both radioactive flashing signs that say he is not prepared to be mayor of New York.”

This isn’t Yang’s first gaffe. In January, shortly before announcing his mayoral campaign, he took heat for admitting that he left the city during the coronavirus pandemic, saying: “Can you imagine trying to have two kids on virtual school in a two-bedroom apartment, and then trying to do work yourself?”

Yang also, apparently inadvertently, set off an only-in-New-York controversy in January when he tweeted a video from a store where one acquires various provisions.

Yang did not get the Stonewall Democratic Club’s endorsement, which went to Scott M. Stringer, the New York City comptroller. According to a recent poll, however, Yang still remains voters’ first choice for mayor.

UPDATE 9:00 pm ET: The video from Yang’s interview with the Stonewall Democratic Club was posted on Twitter. Watch, below.