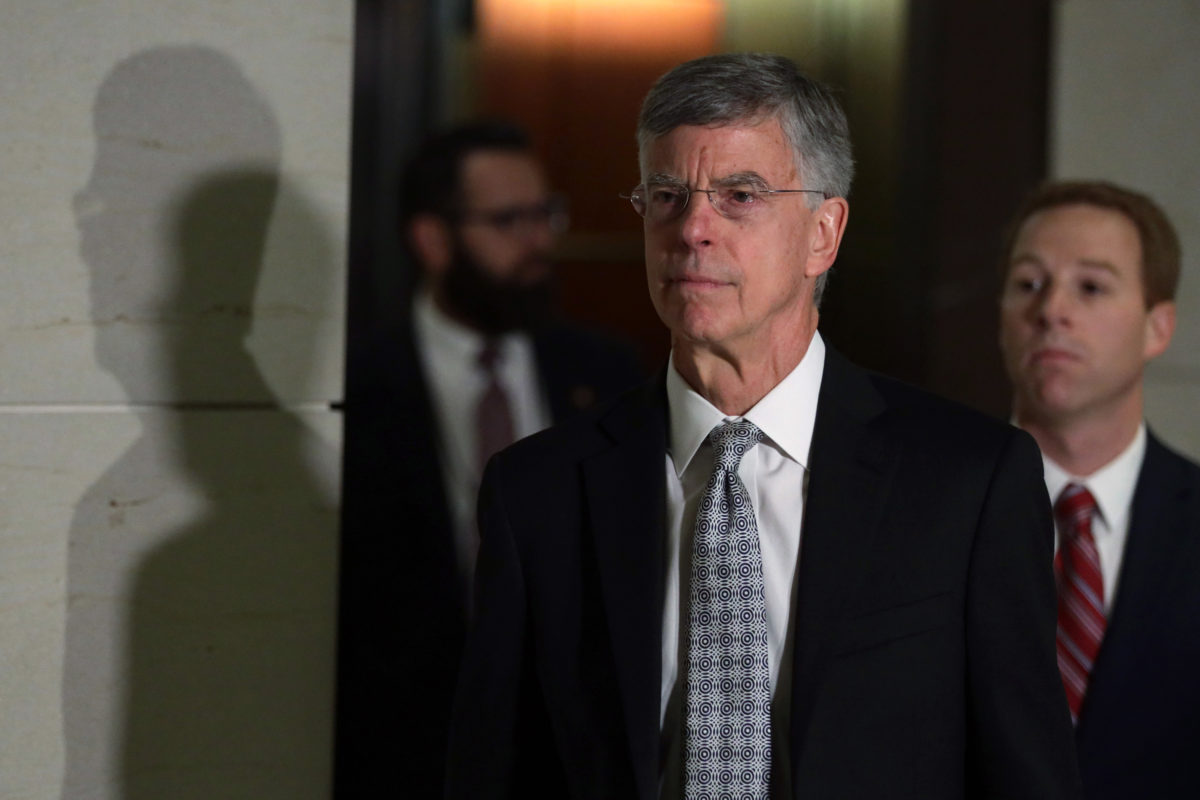 House Democrats have released Bill Taylor’s transcribed testimony, the latest to come from numerous witnesses who spoke before the Donald Trump-Ukraine impeachment inquiry.

The testimony from the top Ukraine diplomat was highly anticipated, ever since reports on Taylor’s opening statement said he not only attested that U.S. military aid to Ukraine was contingent on a publicly-announced investigation of the Biden family, but also there was a “highly irregular” Ukraine backchannel involving Gordon Sondland, Kurt Volker, Rick Perry, and Rudy Giuliani. On pages 189-190 of the transcript, Taylor described a “clear understanding” of the situation, seemingly agreeing that it fits the definition of a quid pro quo.

Taylor: Mr. Chairman, what I know for sure is what Mr. Morrison told me that he must have heard Ambassador Sondland tell Mr. Yermak. And as I said, this was the first time I’d heard those two put together.

Taylor: That was my clear understanding, security assistance money would not come until the President committed to pursue the investigation.

Schiff : So if they don’t do this, they are not going to get that was your understanding?

Schiff: Are you aware that quid pro quo literally means this for that?

Taylor went on to say that Andriy Yermak, an aide to Ukrainian President Volodymyr Zelensky, had an understanding of the quid pro quo, due to what he heard from EU ambassador Gordon Sondland. Page 135 also shows Taylor saying “I think it was becoming clear to the Ukrainians that, in order to get this meeting that they wanted, they would have to commit to pursuing these investigations. And [Ukraine Finance Minister] Danyliuk, at least, understood and I’m sure that he briefed President Zelensky.”