Dem Congressman Fires Back After NRCC Mocks Him and His Wife For Marriage Counseling: ‘This is Why People Hate Politics’ 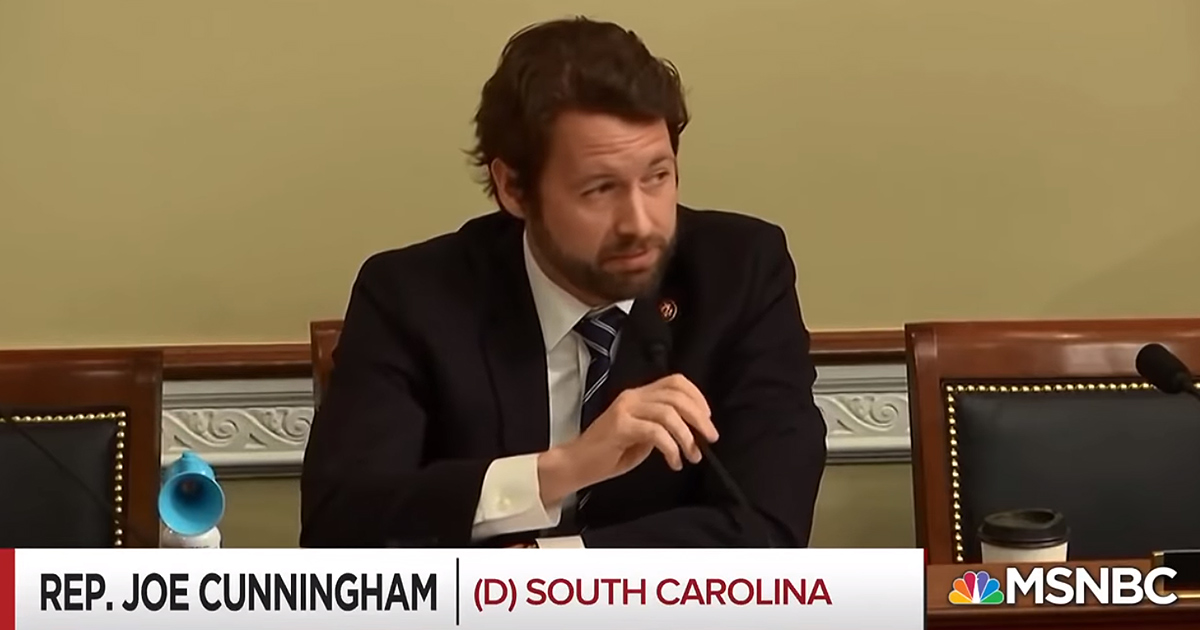 National Republican Congressional Committee (NRCC) mocked Rep. Joe Cunningham (D-SC) and his wife this week with the fact that they sought marriage counseling, in a tweet that was snarking about impeachment. On Friday, Rep. Cunningham fired back.

The original NRCC tweet (below) was sent Thursday, and though it generated a good deal of backlash, remains today unaltered and was not deleted.

Looks like Mrs. Cunningham likes a man who supports baseless impeachment…wonder if this will come up in @RepCunningham‘s
marriage counseling? https://t.co/vohwHpDi5Q #SC01 pic.twitter.com/SN2ppw1th4

After the backlash, the NRCC feed, most of which reads like any rando #MAGA troll, did not walk back, but instead mocked those who were offended. (They also posted another shot at Cunningham on Friday).

Rep. Cunningham’s wife Amanda spoke openly about the fact that the couple has been to marriage counseling in an Instagram video regarding healthcare coverage, the Post and Courier reported.

That led to regional press secretary for the NRCC Camile Gallo, who authored Friday’s post about Cunningham, to send an email blast attacking the couple. “Does this mean he believes taxpayers should pay for his marriage counseling and his wife’s therapy sessions, too?” Gallo wrote.

The tone tone of that message, and the blog post at NRCC’s website by Gallo, match the tone and tenor of the original tweet as well as the meme reply (above). It also matches that of Gallo’s personal Twitter account. The official NRCC

Much like the official feed, NRCC communications director Chris Pack responded to criticism on Twitter snidely. He offered a fair game argument referencing the Courier article linked above.

It’s not our fault that @RepCunningham‘s wife publicly complains about having to pay for her marriage counseling, John. Take it up with her. #SC01 https://t.co/xlhy2wImdx

On Friday, Rep. Cunningham responded with a pair of tweets, saying that the NRCC has hit “rock bottom” and that these kinds of attacks are “why people hate politics.”

Amanda is my rock – and the @NRCC just hit rock bottom. I respect my wife and all women, y’all should give it a try.

Let’s show them there’s a price for living in the gutter.

This is why people hate politics. It’s time to teach the @NRCC a lesson about attacking our families.