Iranian Minister Banned by Trump Admin From Appearing at UN 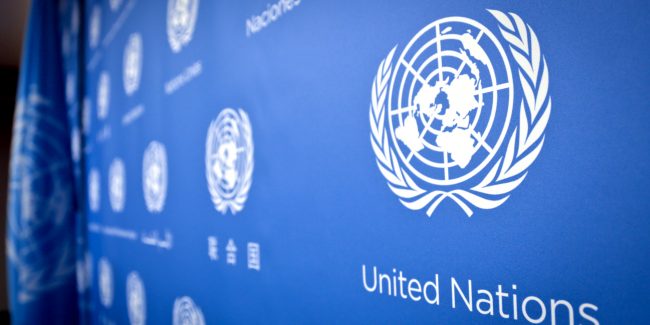 Iranian Foreign Minister Mohammad Javad Zarif has reportedly been banned by the Trump administration from appearing at a United Nations Security Council meeting in New York this week — in violation of the 1947 headquarters agreement.

According to an exclusive report from Foreign Policy on Monday, which cited “three diplomatic sources,” the minister has been barred by the Trump administration from addressing the Council about the assassination of Iranian Quds Force Supreme Commander Qasem Soleimani in a U.S. airstrike, despite the ban “violating the terms of a 1947 headquarters agreement requiring Washington to permit foreign officials into the country to conduct U.N. business.”

“Iranian Foreign Minister Mohammad Javad Zarif requested a visa a ‘few weeks ago’ to enter the United States to attend a Jan. 9 Security Council meeting on the importance of upholding the U.N. Charter,” Foreign Policy reported, however “a Trump administration official phoned U.N. Secretary-General António Guterres to inform him that the United States would not allow Zarif into the country.”

Former United Nations assistant secretary-general Larry Johnson told Foreign Policy, “Any foreign minister is entitled to address the Security Council at any time and the United States is obligated to provide access to the U.N. headquarters district.”

The only time a U.N.-invited individual can be banned from attending a meeting at the headquarters is reportedly under Public Law-80-357, if the individual poses a national security threat, though Johnson claimed the person in question would have to be “expected to commit some act against the U.S. national security interest while here in the United States.”