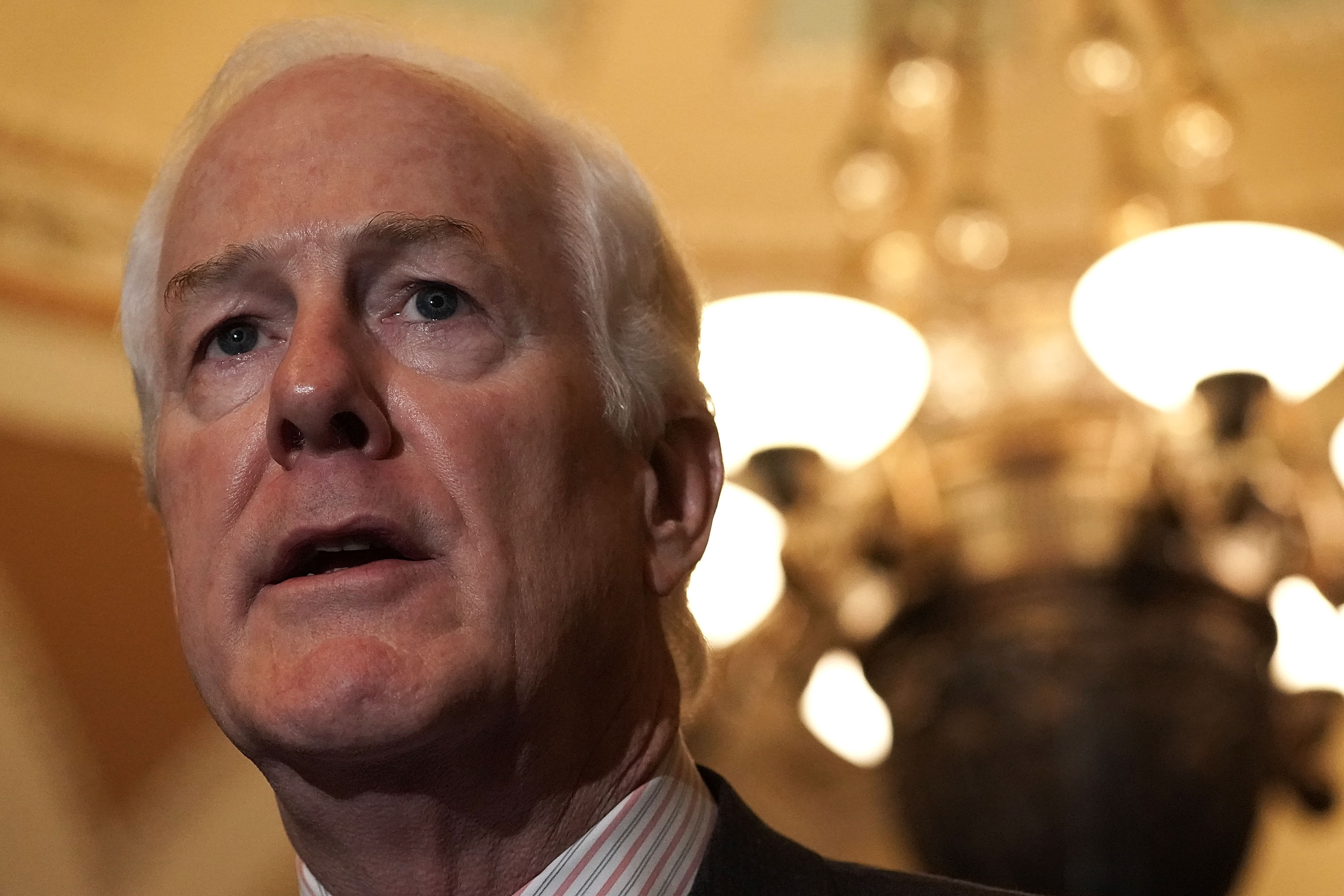 Senator John Cornyn (R-TX) was blasted by China’s state-run media on Tuesday after he tweeted that the United States currently has 30,000 soldiers stationed in Taiwan. Cornyn cited the erroneous statistic in a tweet about U.S. troop levels in various regions. The senator, who was called a “dotard” in the report, later deleted the tweet. 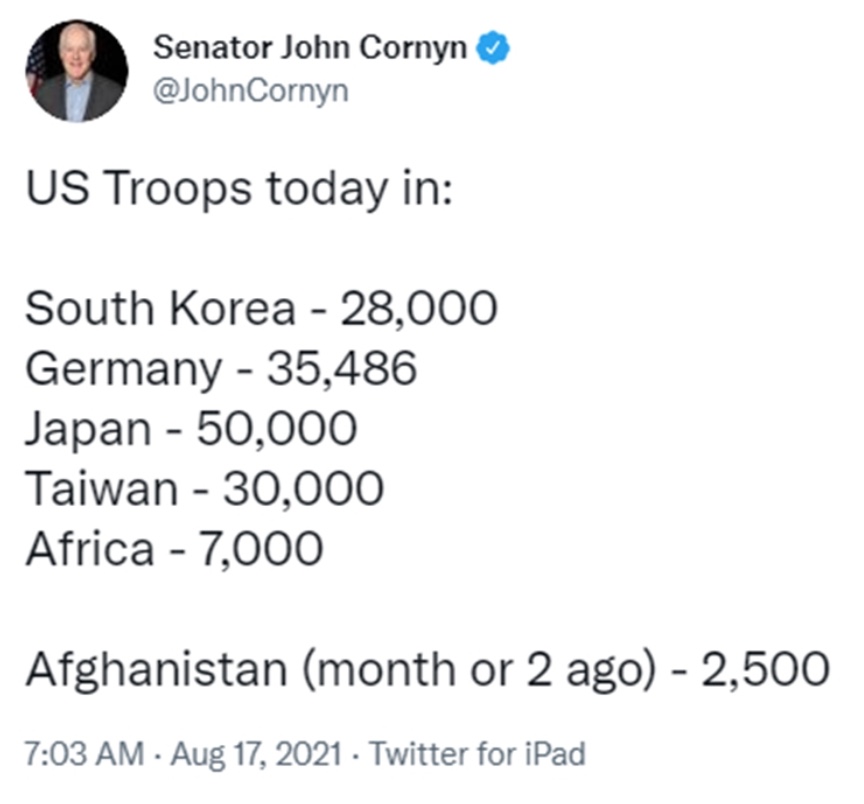 The U.S. used to have soldiers in Taiwan, but gradually withdrew them after it established ties with Communist China in the late 1970s.

Cornyn’s gaffe drew the attention of The Global Times, a tabloid controlled by the Chinese Communist Party.

“A senior U.S. senator, also a member of U.S. Senate Select Committee on Intelligence, on his social media revealed that the U.S. has 30,000 soldiers stationed in China’s Taiwan island,” said the publication.

“If the tweet is correct, it is a military invasion and occupation of China’s Taiwan and equivalent to the U.S. declaring war on China.”

The Global Times quoted a political scientist who suggested the mistaken tweet was the result of old age:

Li Haidong, a professor at the Institute of International Relations of the China Foreign Affairs University, told the Global Times on Tuesday that such ridiculous and shocking news is more likely the result from the old age of the senator that makes him a dotard or his confusion about the data with previous data in the 1970s or 1960s. But we have to acknowledge that there are also some US senators fabricating data to boost their political careers.

“Dotard” is an arcane term for older person who is feeble in mind or body. The word received newfound attention in 2017 after North Korea’s Kim Jong-un threatened then-President Donald Trump, saying, “I will surely and definitely tame the mentally deranged U.S. dotard with fire.”