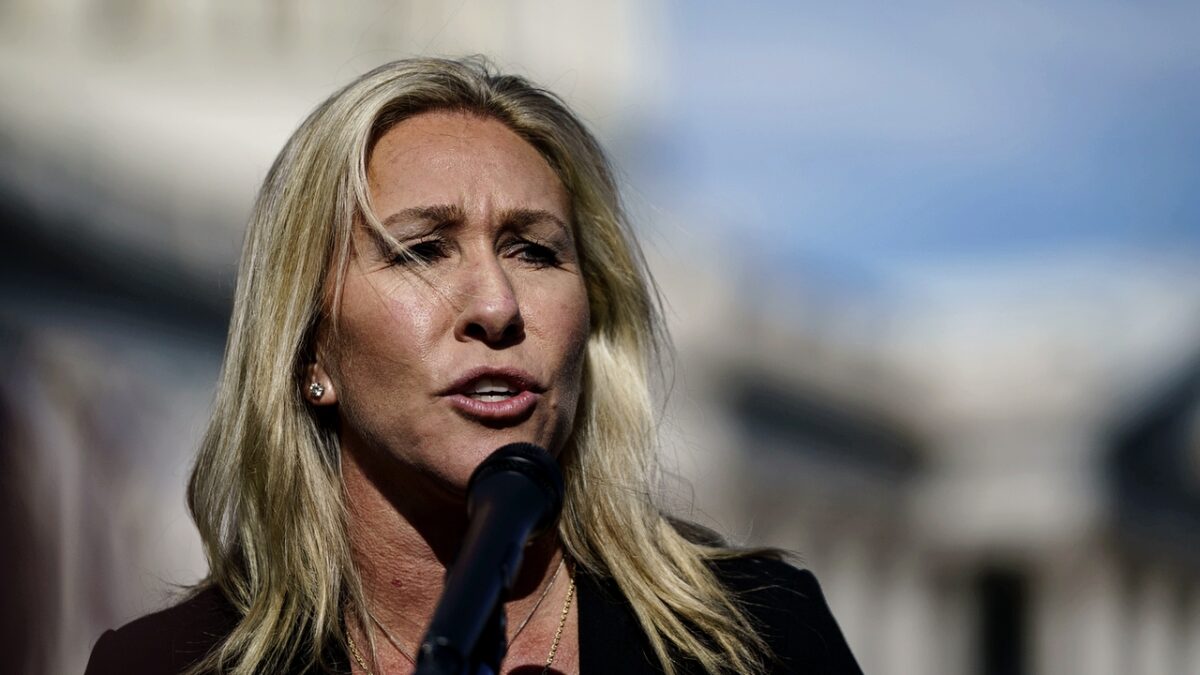 Rep. Marjorie Tayloe Greene (R-GA) took to Twitter on Saturday to respond to bipartisan criticism of her new America First Caucus that organizes around a “common respect for uniquely Anglo-Saxon political traditions.”

Do you know who really runs this country?

The liars & psychotic left wing communists in the media who only care about self-awarded Pulitzers, clicks for cash, and pushing weak politicians around.

On Thursday, I buried my father and held my mother’s hand as we said goodbye.

On Friday, sick and evil POS in the media attacked me with phrases I never said or wrote.

They released a staff level draft proposal from an outside group that I hadn’t read.

The scum and liars in the media are calling me a racist by taking something out of context.

This is just a repeat of Jewish Space Lasers. Another term I never used & the media made up.

It’s more proof so-called journalists lie and create false narratives. The media are the ones focused on race & use it to divide the American people with hate through identity politics.

I believe in America First with all my heart and that means every American, of every race, creed, and color.

There are tens of millions of Americans who agree.

We are side by side. People over politicians.

The hyenas in the media are terrified. So are the Democrats. And so are the weak politicos that float around whichever the wind blows.

I have plans to drive President Trump’s America First agenda with my Congressional colleagues but we won’t let the media or anyone else push the narrative.

America First policies will save this country for all of us, our children, and ultimately the world.

In the thread, Greene claimed, “They released a staff-level draft proposal from an outside group that I hadn’t read” and that the terms were taken out of context. A claim she also made on Friday when the news broke.

Did you miss me this week Fake @JakeSherman?

Taking #AngloSaxon out of context to mean racist is the same as the idiots that lied about me and #JewishSpaceLasers.

Jake, how about you tell your favorite communist @AOC to debate me and I’ll teach her about #AmericaFirst.

It should be noted that the organization that leaked the information, Punchbowl News, released the document in its entirety.