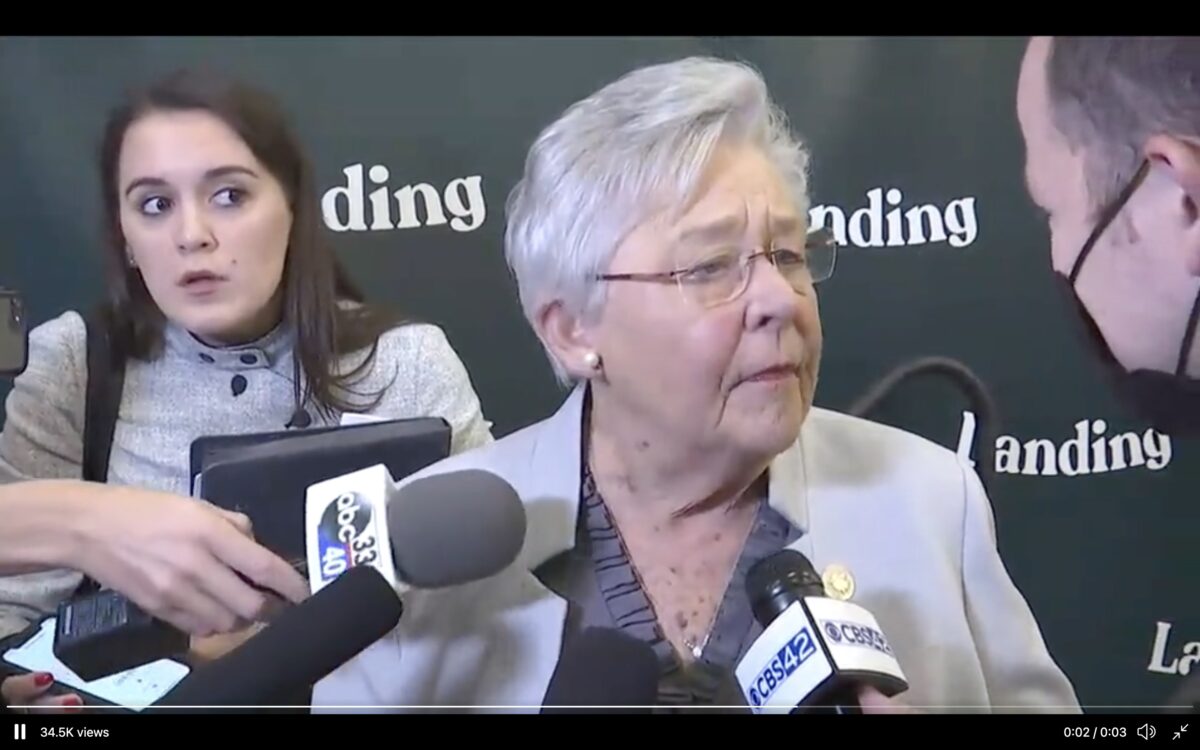 A clearly frustrated Gov. Kay Ivey (R-AL) told reporters that it was “time to start blaming the unvaccinated folks” as Covid-19 cases were rising in her state, and vaccination rates were lagging behind.

Ivey was attending an event for Landing, a Birmingham-based company that runs a nationwide network of furnished apartments, when she was questioned by local media about Alabama’s pandemic response. The local CBS affiliate, CBS42, covered the governor’s remarks.

When asked how the state government could increase Alabama’s vaccination rate, Ivey replied with a blunt, “I don’t know, you tell me.”

Watch the video above, via CBS42-Birmingham.