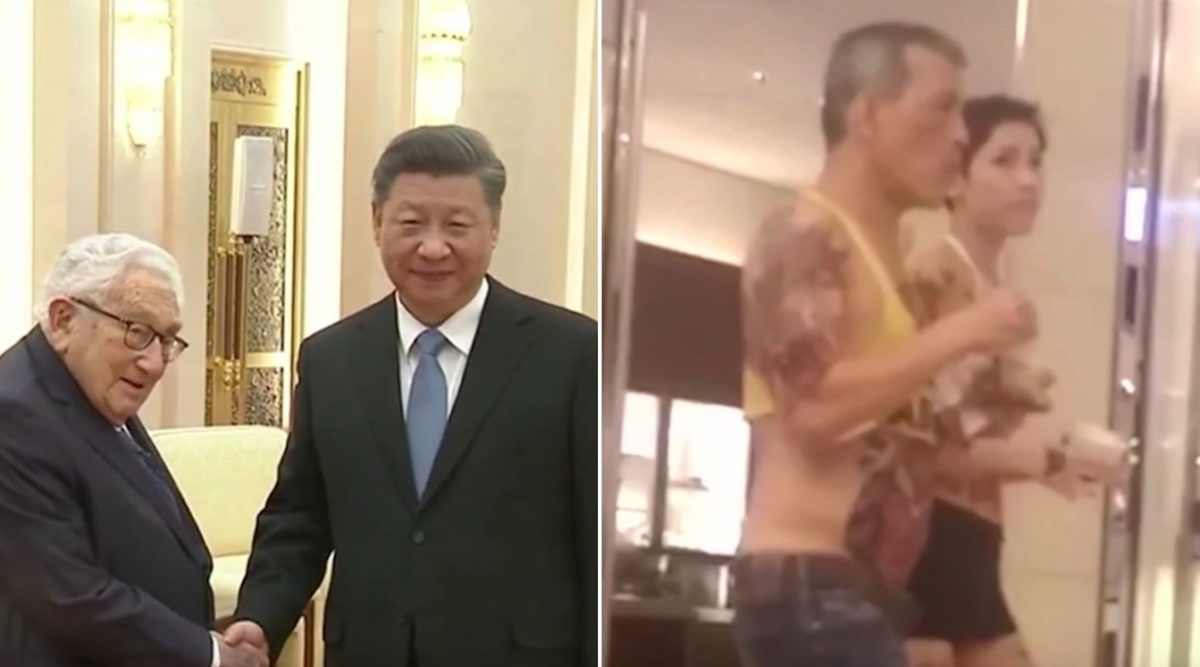 BuzzFeed News got the scoop that Chinese dictator Xi Jinping, who was mocked for his ill-fitted suits, and King of Thailand Maha Vajiralongkorn, who got the nod to for his infamously cropped mall rat looks, were removed from GQ’s end of year list.

The two world leaders are known for being sensitive toward critiques of their appearance. The Chinese president banned the 2011 film adaptation of A.A. Milne’s Winnie the Pooh after social media users and comedians compared his looks to the cartoon bear. The Thai monarch, whose country has a law against criticizing the king, threatened Facebook after a user surreptitiously recorded a video of the 64-year-old wandering a Munich shopping mall donning a barely-there tank top.

British GQ‘s list of badly dressed men, which was cut down from ten to eight entries, featured numerous other high-profile figures. But apparently none of them took quite as much offense as the two leaders from the far east.

In honor of the Western tradition of a free press, Mediaite is publishing the scrapped entries of British GQ‘s “Worst-Dressed Men of 2020,” regardless of which crop-top fanatics and Winnie the Pooh haters it may offend:

“It’s not Hong Kong’s courageous freedom fighters that Xi Jinping should have a problem with. It’s his tailor. Xi gets his totalitarian style cues from his hero, the mass murderer Chairman Mao, who enforced a dour and plain dress code for the Communist Party.”

“How many other living deities do you know with a penchant for really tight crop tops, hipster jeans and fake tattoos? The answer is none. And that’s because no others exist.”

GQ, of course, has international iterations in China and Thailand, which prompted the panic over the entries. In a statement to BuzzFeed News, a spokesperson for GQ parent company Condé Nast said, “We are conscious that digitally published stories travel globally and can gain traction where they lack the necessary context and can cause unintended offence.”

The spokesperson added that “the story remains in full in the print edition of British GQ.”