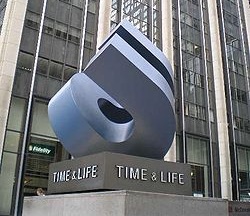 WWD reports today that Conde Nast won’t be the only magazine publisher letting people go this year. Employees at Time Inc. nervous that there maybe another round of layoffs before for Christmas. A Time Inc. spokesperson also shot down persistent rumors that Entertainment Weekly will soon be shuttered as well.

To wit, staffers at Time Inc. are bracing for another round of job cuts to occur before Christmas. Such cuts would follow a restructuring that included 600 job cuts last fall across many magazines including People, Entertainment Weekly, Sports Illustrated and Fortune. The company also dismissed 289 employees in early 2007. “We’re always reviewing our organization and cost structure,” said a company spokeswoman.

Though insiders believe layoffs would be spread across many of its properties, many have pondered the future of Entertainment Weekly, which has suffered steep declines in advertising and has seen profits shrink in recent years. Though October, the title has carried 655 pages, about a third less than the same period a year ago. That follows a 20 percent decline in paging in 2008, to 1,215. Time Inc., however, shot down rumors the magazine would fold, and those in support of the magazine say it has renewed energy under new managing editor Jess Cagle, a former People executive editor and favorite of People Group editor Martha Nelson who took over in January, and publisher Ray Chelstowski, a former publisher at Rolling Stone, who joined in April. “There are no plans to close Entertainment Weekly or turn it into only an online property. We believe it’s a vibrant weekly magazine with a popular Web site that consumers love.”