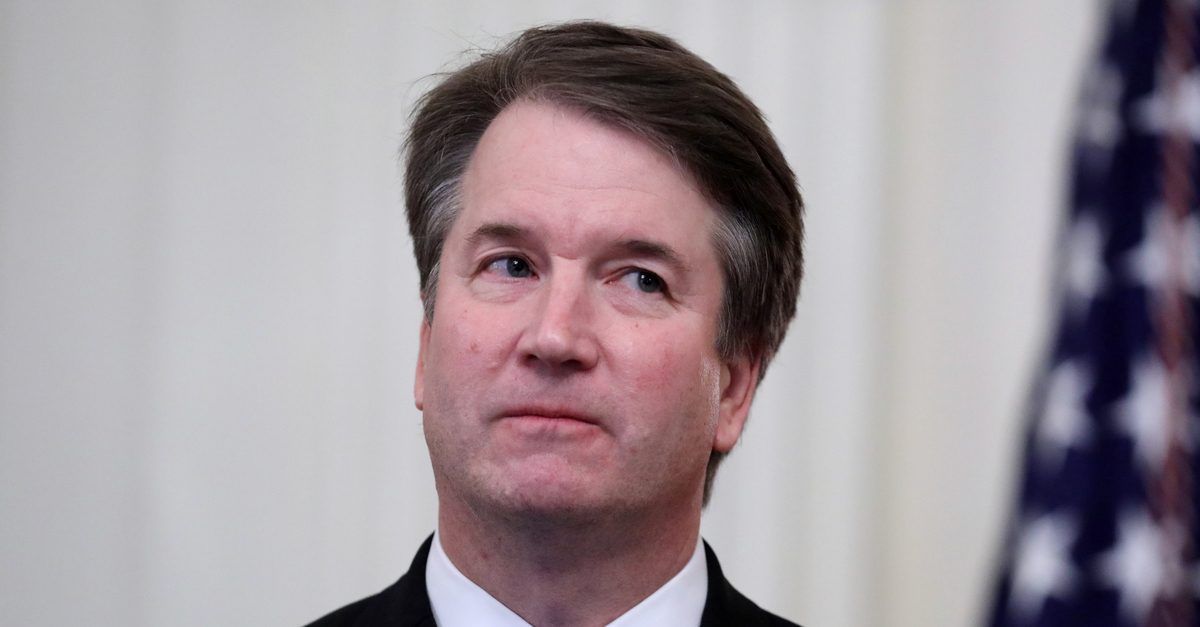 New York Times has reported on a new instance of alleged sexual misconduct by Supreme Court justice Brett Kavanaugh, but the paper has getting a lot of flak because for how they presented the story in now-deleted tweets.

The new story comes from a male classmate of Kavanaugh’s from Yale, who claims the future justice was at a drunken dorm room party where friends “pushed his penis into the hand of a female student.” The report set off renewed outcry over Kavanaugh, considering how his nomination to the Supreme Court was marred by accusations from Christine Blasey Ford.

When @NYTOpinion tweeted out the story on Saturday, they decided to immediately cut right to the heart of the new accusations. 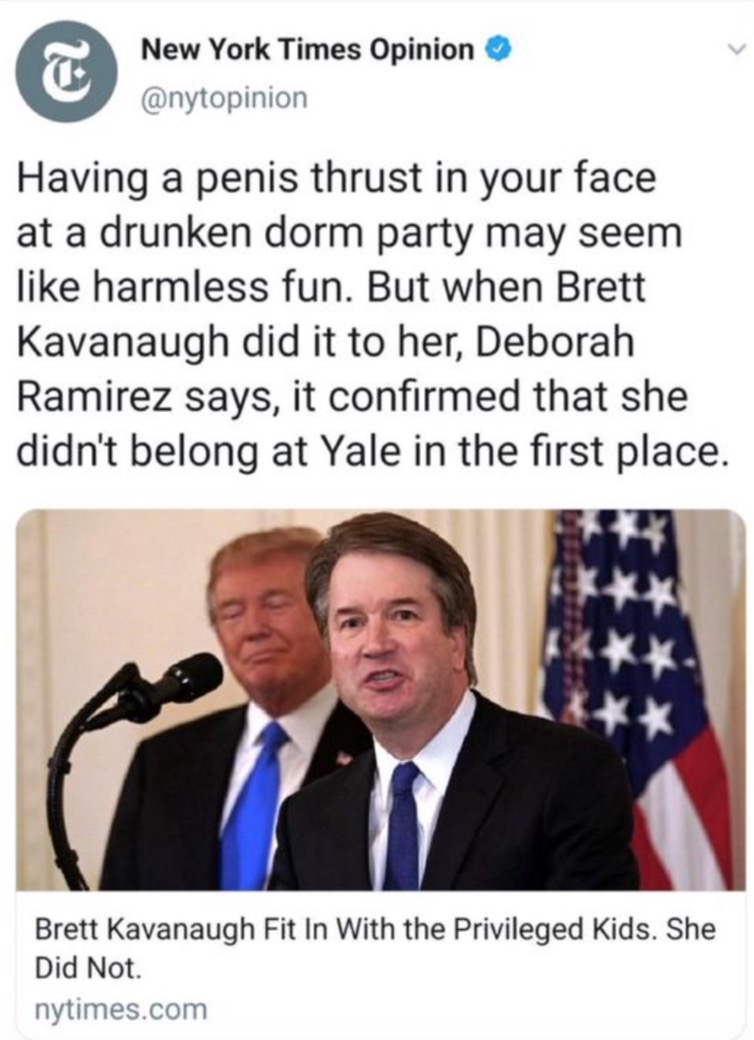 The tweet received massive outcry at the time, and the tweet was eventually deleted as New York Times Opinion admitted it was “poorly phrased.” 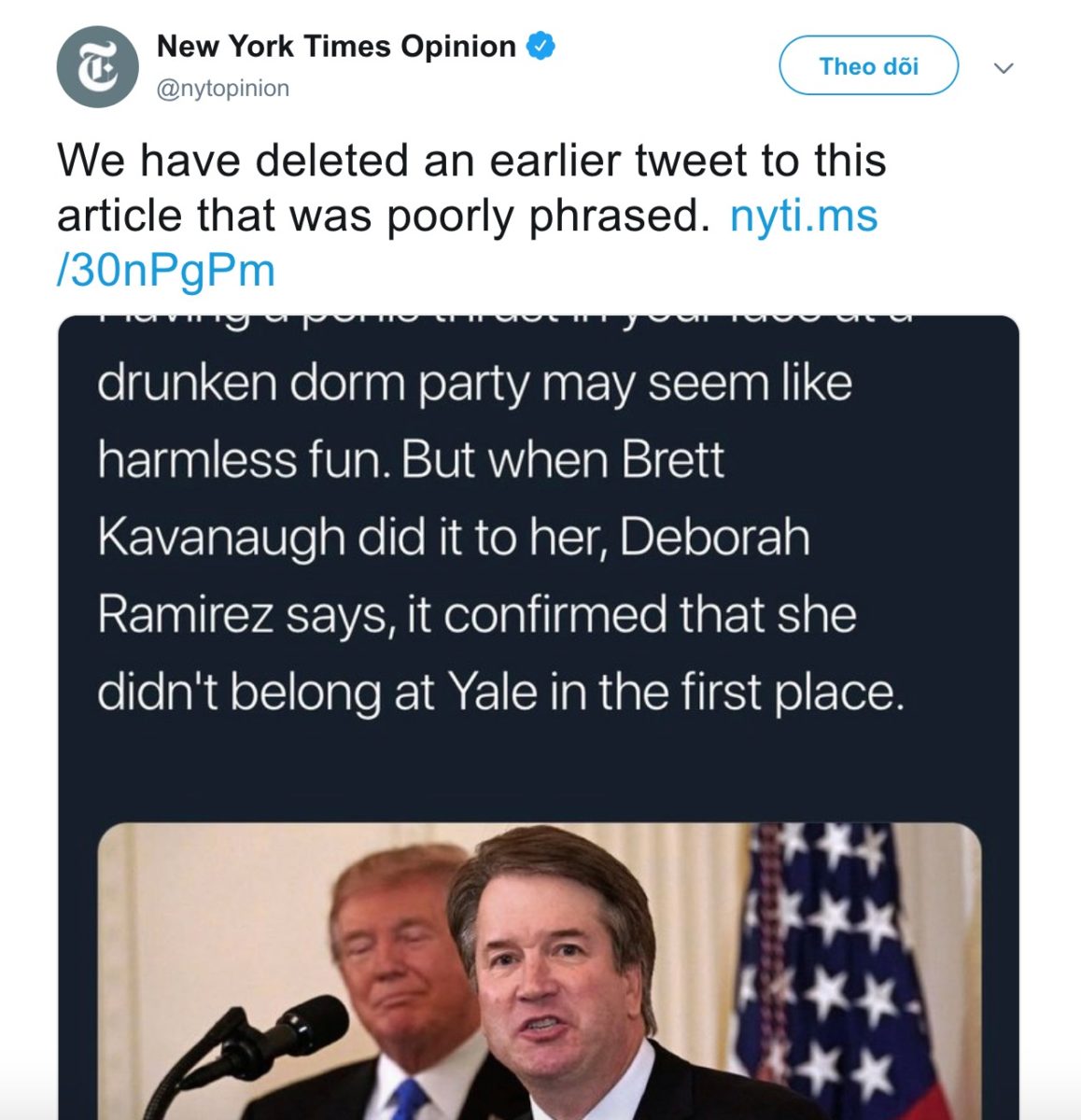 That tweet was deleted as well, but here’s a link to the web archives so you can see it for yourself.

In any event, between the deleted tweets and @NYTOpinion’s general handling of the story, there are a lot of media observers who’ve made it clear they are not impressed with any of this.

The New York Times deleted the tweet because I guess they realized how insane it was! pic.twitter.com/8Ya412Jk7N

What the hell is going on?

“Having a penis thrust in your face at a drunken form party mag seem like harmless fun.”

Did the NYT hire Halperin. Jfc what an endless disaster this page is. https://t.co/sPx1vwlHZO

I mean, the holocaust appropriation bedbugs thing was bad, but now @nytopinion needs to just fire everyone https://t.co/DSjpMLHa9s

I want to know which man wrote this tweet. It reads like a confession of guilt. https://t.co/w4XfZ3q1DS

The number and nature of possible explanations for how this tweet went so awry are truly mind boggling. https://t.co/yWsturfyfD

The New York Times just deleted this tweet that stated:

"Having a penis thrust in your face at a drunken dorm party may seem like harmless fun." pic.twitter.com/eIqM06fUi6

What's a better way to phrase the idea that shoving your dick into a woman's face at a party is fun and normal?

"Having a penis thrust in your face at a drunken dorm party may seem like harmless fun"? Seriously, who is writing these NYT Opinion tweets? https://t.co/DqtXAsbJYi