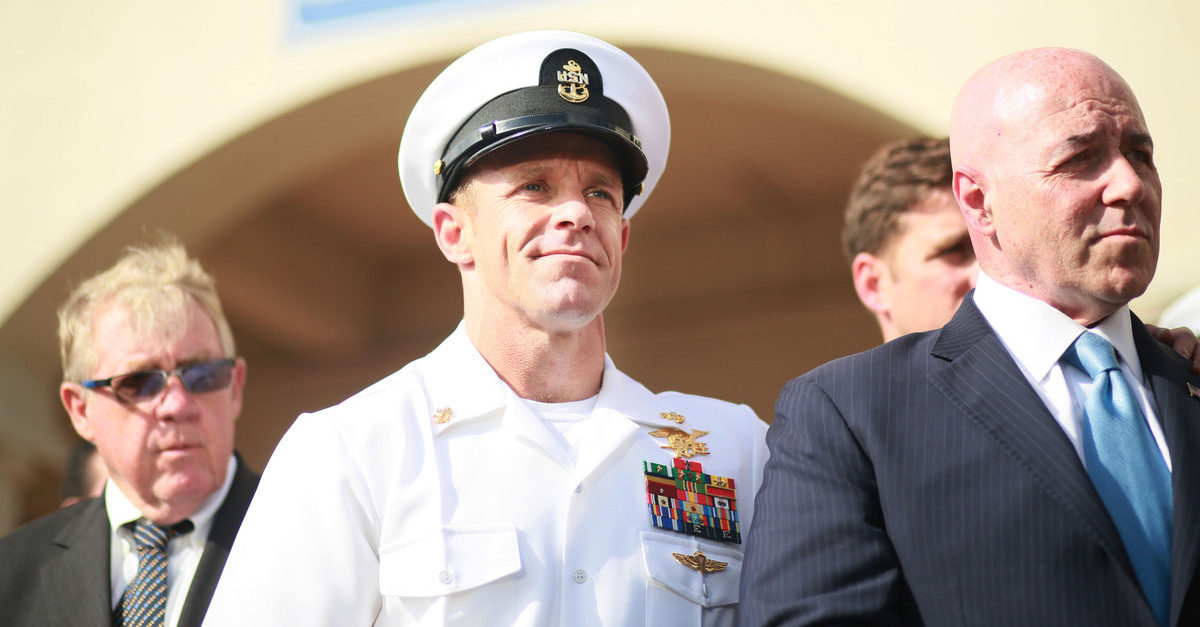 The New York Times on Thursday deleted a Twitter post which characterized Eddie Gallagher, who was charged with and then acquitted of committing war crimes and murder, as a “retired” Navy SEAL with a new apparel line on sale.

“The retired Navy SEAL Edward Gallagher has a his new apparel line called Salty Frog Gear, which is a described as a ‘coastal lifestyle brand with an edge,'” wrote the Times in the now-deleted tweet.

In a statement, the New York Times explained, “We have deleted an earlier tweet to this story that lacked context. Edward Gallagher, who was acquitted of charges that he killed a wounded captive in Iraq, later received clemency from President Trump — information that’s provided in the article.”

We have deleted an earlier tweet to this story that lacked context. Edward Gallagher, who was acquitted of charges that he killed a wounded captive in Iraq, later received clemency from President Trump — information that’s provided in the article. https://t.co/0jnC5x5EDy

Some social media users, however, claimed to have cancelled their New York Times subscriptions over the tweet, while others criticized the amount of time the newspaper took to respond.

“After his court martial, Edward Gallagher … ”

You provided context in the story–but the previous tweet was nothing more than an advertisement for a pardoned war criminal’s new business venture. What. The. Hell.

Thank you. I am aware the detail is in the article. Many people don’t read the article—or subscribe—so tweets themselves should also have context. https://t.co/djStSZpybY

How did this take TWO days?! https://t.co/cs0jmnvwyT

According to the BBC, “Gallagher was accused of stabbing a captured teenager Islamic State fighter to death and randomly shooting civilians while serving in Iraq, including a young girl.”

“Footage from a helmet camera showed the former unit chief approaching the body of the semi-conscious IS fighter in May 2017. The camera was then shut off, but three members of Gallagher’s unit testified that he stabbed the boy in the neck with his hunting knife, before holding an impromptu ceremony over the body as if it were a trophy,” the BBC reported, adding, “A photograph taken at the scene showed Chief Gallagher posing over the body, holding the boy’s hair in one hand his hunting knife in the other.”

After President Donald Trump personally intervened in the case, Gallagher was hosted by the president at Mar-a-Lago

Finally got to thank the President and his amazing wife by giving them a little gift from Eddie’s deployment to Mosul. ?? #TRUMP2020 @realdonaldtrump @flotus