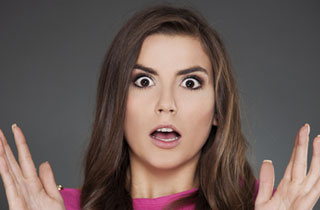 Every year, the Oxford English Dictionary adds new words in its compendium of the English language, and every year, we are flummoxed by the variety of new phrases that the esteemed dictionary declares as part of the modern lexicon. (Yeah, we read dictionaries! We’re smart folk.) This year, terms such as “bestie,” “beatboxer,” and “wackadoo” were added, as well as an adjective used to describe women. It’s…um…the c-word. .

Yes, that “c-word,” okay? The derogatory term for a woman’s genitalia; the one that is almost as bad as the “n-word” in terms of Things You Can’t Say, Ever; the one that you should definitely never use to describe a woman.

Here is the actual entry for the c-word, which in no way should be construed to represent our editorial opinion on women at all:

(Can we just claim that the OED is the Urban Dictionary of dictionaries? Would that be redundant? Whatever, Webster’s would never allow such filth in their esteemed pages.)