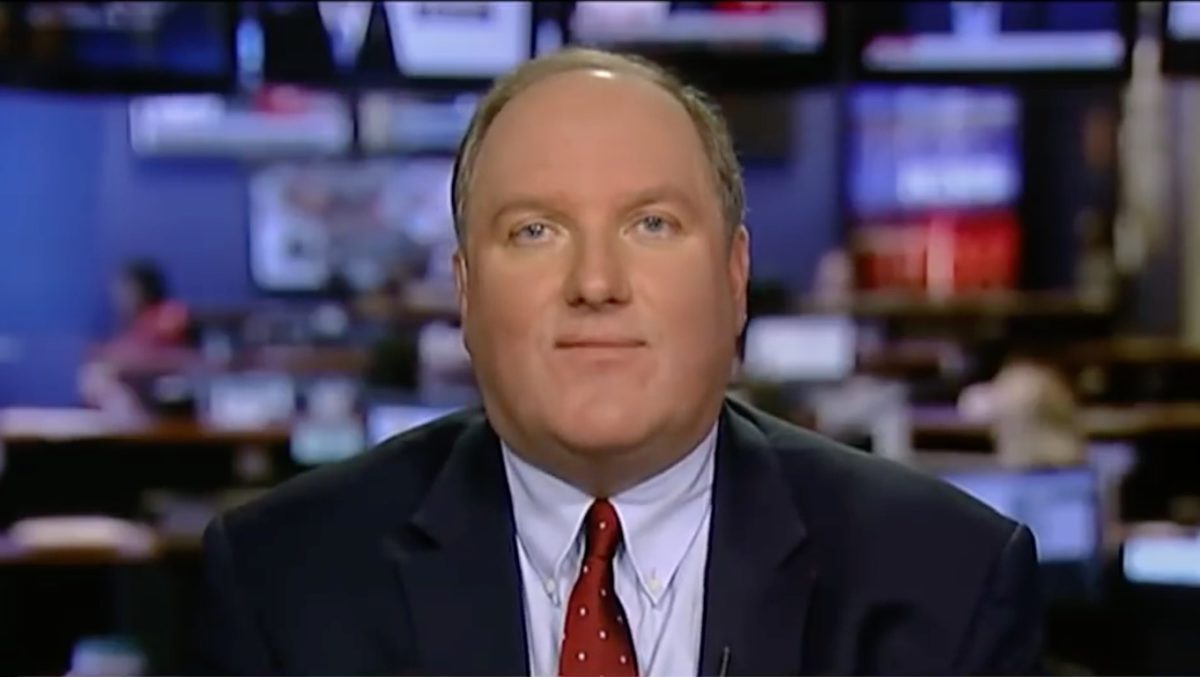 The Hill released their editorial review of the work of John Solomon, along with some regrets about how his writing was handled.

For months, the ex-Hill columnist [he’s now a Fox News contributor] was under review by his former outlet after his columns on Ukraine were called into question with the eruption of President Donald Trump’s impeachment.

Hill Editor-in-Chief Bob Cusack announced on Wednesday that the review is over. In a piece, the outlet said it was adding editor’s notes to several of Solomon’s columns, and that Solomon engaged in practices that blurred the lines of a columnist and news writer.

“In some columns, there was context and/or disclosure that should have been included at the time of his writings,” The Hill said. “In other cases, these editor’s notes highlight what has been learned since Solomon’s columns were initially published.”

The Hill expressed regret that they did not contact TV producers to tell them to identify Solomon as an opinion writer when he appeared on air. They specifically note that Solomon was often called an investigative journalist during his Fox News appearances, which “further potentially blurred the distinction between news and opinion in the minds of some readers.”

In many of his columns, Solomon did include caveats that Ukraine is infamous for corruption and disinformation operations, including Russian interference, and he did seek comment from parties who were mentioned critically in his columns. While appropriate for news reporting, that is not typical of opinion writing; it had the consequence of further blurring the distinction between news and opinion for some readers.

Unlike other employees, Solomon had a hybrid role at The Hill, working in Hill.TV, opinion and/or news. Solomon did not report to a specific management official in the newsroom, which was an unusual personnel situation at The Hill. This hybrid role further undermined the distinction between opinion contributor and news-based journalist.

Another flaw The Hill conceded was that “in certain columns, Solomon failed to identify important details about key Ukrainian sources, including the fact that they had been indicted or were under investigation.” The Hill pointed to how Solomon advanced claims from Ukrainian Prosecutor General Yuriy Lutsenko, a dubious source who has been investigated for allegedly undermining attempts to root out corruption in the country.

On a similar note, The Hill said that on occasion Solomon’s sources “were his own attorneys.” They noted how Solomon wrote columns about Joseph diGenova and Victoria Toensing without revealing that both attorneys have acted as his legal representative.

In his Sept. 26 column, Solomon links to a Sept. 4, 2019, affidavit by Shokin that was made at the request of lawyers representing Firtash. According to media reports, diGenova and Toensing represented Firtash at that time.

Solomon also wrote about “Firtash’s U.S. legal team” in a July 22, 2019, column and links back to that column in an Aug. 7, 2019, column. According to a July 2019 press account, Firtash cut ties with his prior counsel on July 20 and decided to be represented by diGenova and Toensing.

Solomon did not disclose that diGenova and Toensing represented him at the time of this column.

The Hill concluded by announcing several policy changes they will make in order to better adhere to their journalistic guidelines, as well.