Trump Rips Theresa May in British Tabloid Upon Arrival in U.K. 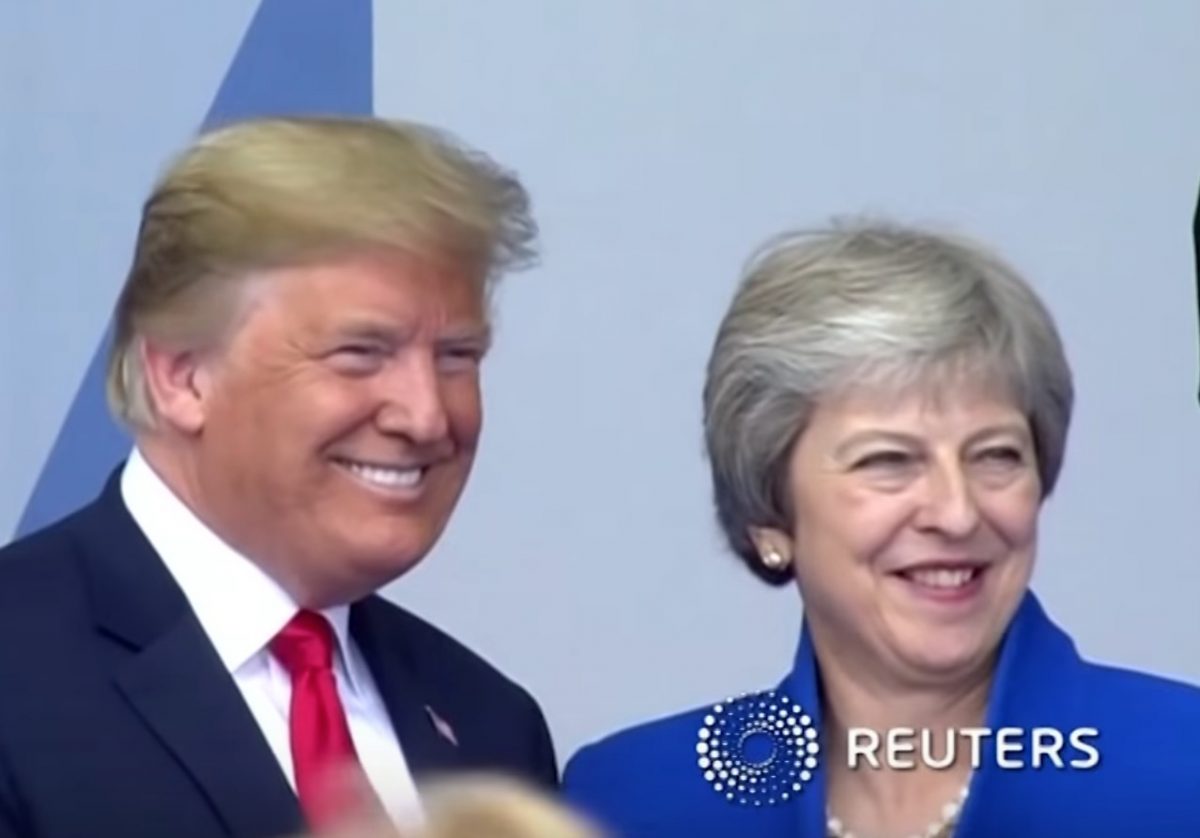 President Donald Trump left Brussels on Thursday after dropping a bomb on the NATO Summit and arrived in London — only to unleash fury on U.K. Prime Minister Theresa May.

Rupert Murdoch‘s British tabloid The Sun scored an exclusive interview with Trump and a preview of the paper’s front page carried a striking headline ahead of talks between the U.S. president and May.

“May has wrecked Brexit… US deal is off!” the headline read.

Tomorrow’s front page: Donald Trump @realDonaldTrump accuses the PM of wrecking Brexit – and warns she may have killed off any chance of a vital US trade deal – full story HERE at 11pm https://t.co/JRrMjQDTBq pic.twitter.com/udCjYWQeeQ

Trump arrived at London’s Stansted airport on Thursday, to kick off a three-day visit to London. He was greeted by Theresa May, the currently embattled prime minister who is facing what might be a politically fatal Brexit battle.

The full Trump interview is set to be released at 6 p.m. EST, but Sun political editor Tom Newton Dunn provided a sneak peek:

Trump also reveals to me PM ignored his advice on Brexit negotiations: “I would have done it much differently. I actually told Theresa May how to do it, but she didn’t listen to me”.