Drew Brees’ New Hairline Made Its Debut on NBC and NFL Fans Were in Awe: ‘Comeback Player of the Year’ 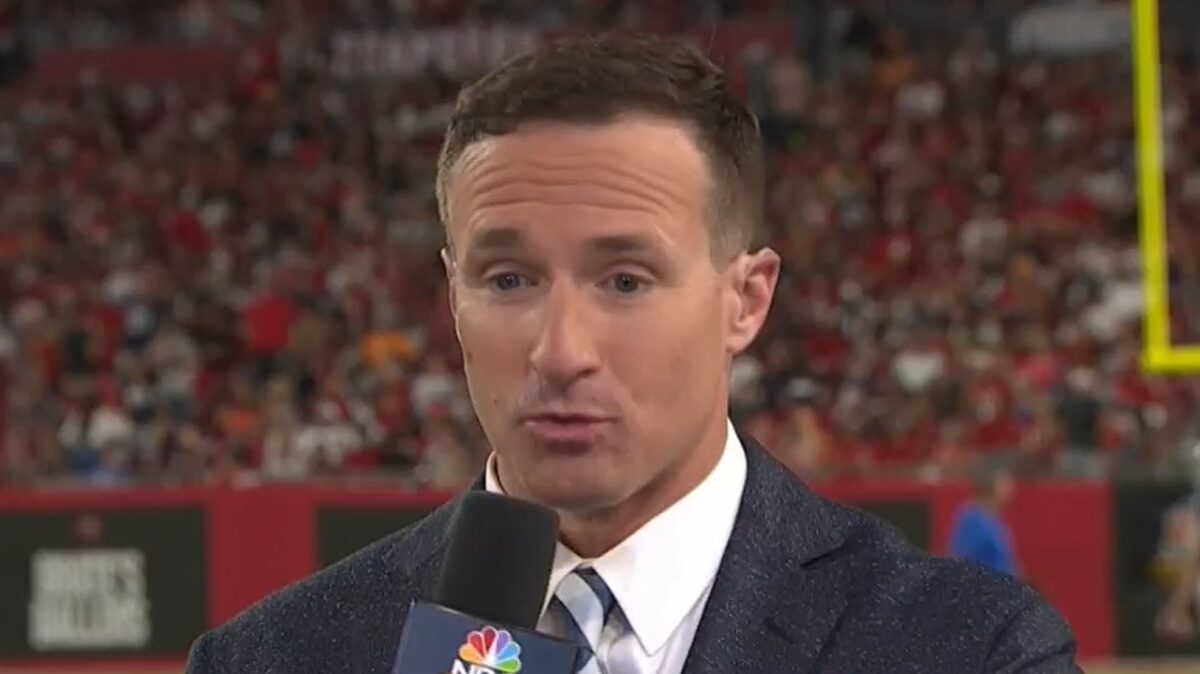 Making his NFL regular season debut for NBC during the Tampa Bay Buccaneers-Dallas Cowboys game, Drew Brees flaunted a full head of hair that balding men could only dream of.

For years, Brees’ hair was thinning and receding. But months before he officially announced his retirement from the New Orleans Saints, NFL fans began noticing Brees’ hair stopped receding and was stunningly starting to progress. It was the first sign that Brees was preparing for a gig as a broadcaster because there’s no need to hide hair loss when you wear a helmet on TV.

It’s not without precedent, a balding Jason Witten similarly sprouted a full head of hair when he joined ESPN’s Monday Night Football coverage three years ago. He proceeded to lose it upon returning to the NFL one year later.

Brees surely hoped to impress the audience during his regular season debut for NBC as an NFL analyst. The former Super Bowl winning quarterback didn’t have to say a word, his hair fully delivered and social media couldn’t get enough of his new mane.

Drew Brees’ hair for NFL Comeback Player of the Year.

what polymer are they using for Drew Brees’ hair

MVP of the night so far: Drew Brees’ hair guy

Congrats to Drew Brees on his new job and his new hair! pic.twitter.com/xXUvIvfH6F

TRIGGER WARNING FOR THOSE LOSING THEIR HAIR IN THEIR 30s & 40s:

Drew Brees has clearly been spending his retirement, um, growing his hair, um, for television. pic.twitter.com/nHkoYWBLGA

Ed Sheeran needs to get the digits of Drew Brees’ hair guy pic.twitter.com/CIqCEemlv0

love how both Drew Brees and Tom Brady got hair transplants but only the younger guy is getting dragged for it pic.twitter.com/kwGtm34ogb