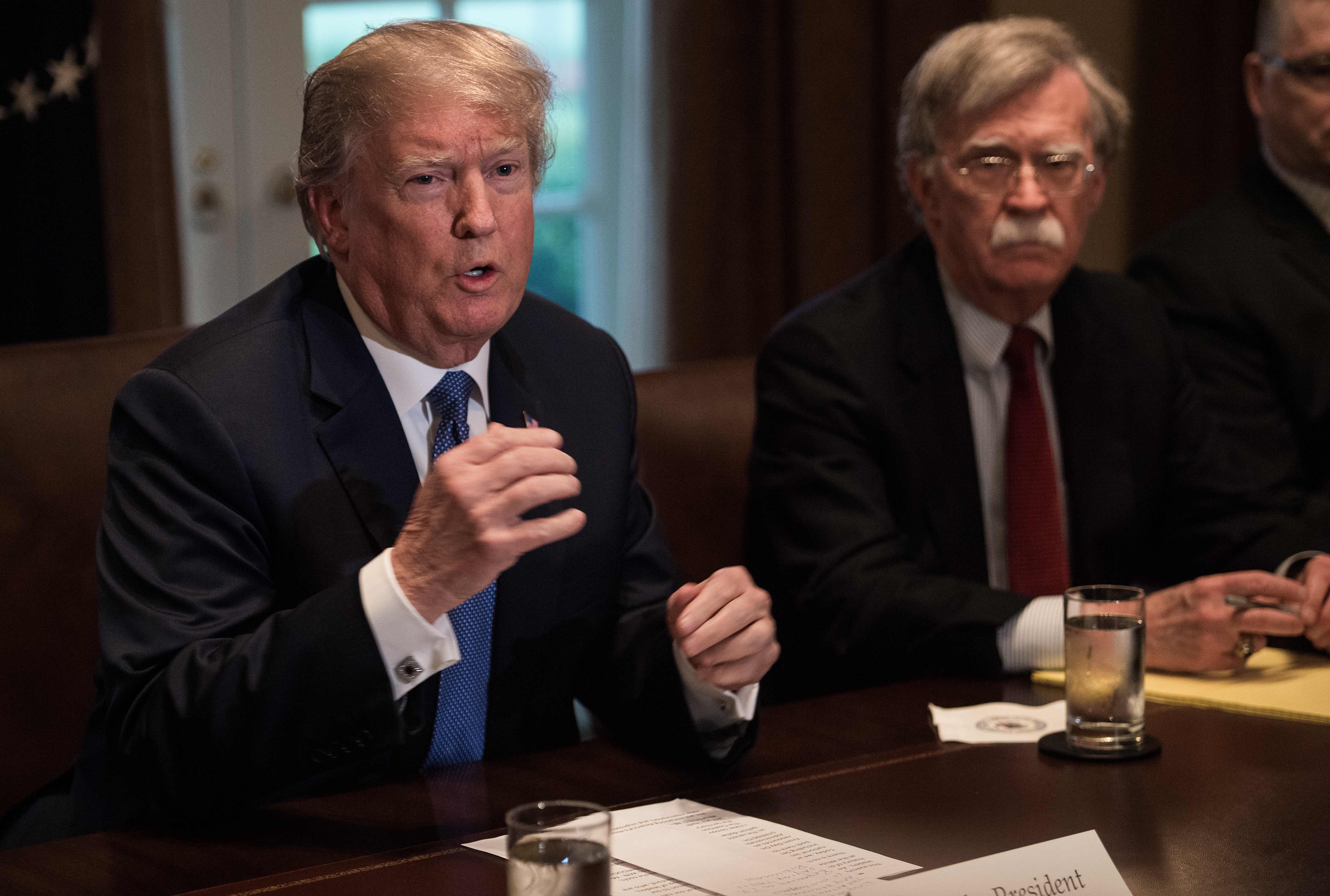 President Donald Trump has announced on Twitter that he has asked John Bolton to resign as White House National Security Advisor. Bolton submitted his resignation on Tuesday morning.

….I asked John for his resignation, which was given to me this morning. I thank John very much for his service. I will be naming a new National Security Advisor next week.

Bolton’s departure comes as he was expected to hold a joint press conference with Secretary of State Mike Pompeo and Treasury Secretary Steve Mnuchin. This also comes in the aftermath of reports saying Bolton was against Trump’s aborted plan to host members of the Taliban at Camp David for peace talks.

Before Trump made the announcement, Bolton posted an anniversary statement about the 9/11 attacks on Twitter.

As we reflect this week on the horrific 9/11 attack, it’s important to remember how far we’ve come in combatting radical Islamist terrorist groups but also how much work is left. We stand strong against regimes that sponsor terror & encourage violence against the US & our allies.

Once the news was out, Bolton offered this description of his resignation, which seems to dispute Trump on the timing.

I offered to resign last night and President Trump said, "Let's talk about it tomorrow."

Bolton is no longer in the building here at the White House. He will not participate in the 1:30p briefing, I’m told.

UPDATE – 12:54 p.m. ET Emerging reports say that in addition his demands while traveling, Bolton’s break with the Trump administration occurred amid deep disagreements on how to address issues like Iran, North Korea and Afghanistan.

Bolton frustrated White House aides with his travel demands and entourage & had tensions with Pompeo and many in building. On policy, he disagreed with POTUS on many fronts — and recently blanched at going on TV to defend some of it. Our first take: https://t.co/YvQBNwOEuX

A source just texted @JohnRobertsFox on-air right now that John Bolton resigned at 11:30am this morning, then Trump tweeted at 11:58am that he fired him the night before. https://t.co/vfhET6E4Yf