Debbie Dingell to Trump: 'Just Made My Healing Much Harder'

Debbie Dingell Responds to Trump Slamming Deceased Husband: ‘You Just Made My Healing Much Harder’ 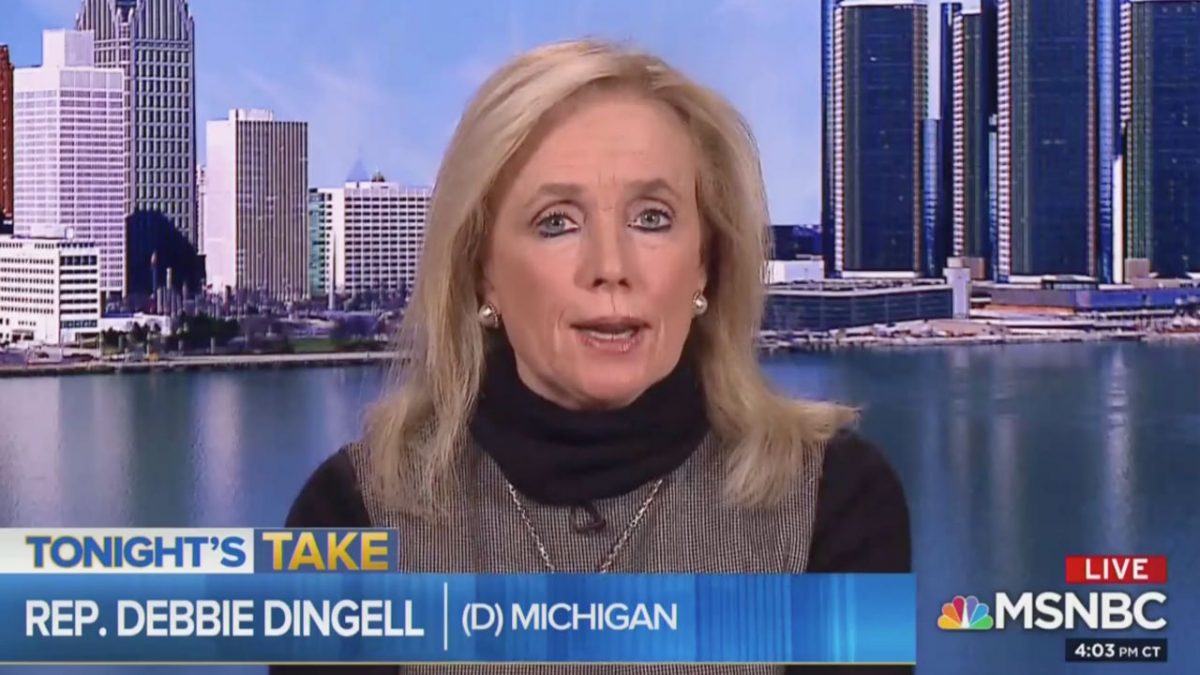 Rep. Debbie Dingell responded to controversial comments made about her recently deceased husband made by President Donald Trump during a Michigan political rally Tuesday night. John Dingell served as a member of the House of Representatives from Michigan for over 50 years. He passed away in February as the nation’s longest-serving member of Congress.

Trump began his comments by calling Dingell’s widow, Debbie, a “real beauty” and then launched in a story about his condolence call the late Congressman’s wife. “So she calls me up like eight months ago, her husband was there a long time,” he said before noting he didn’t give Dingell the  B treatment, ‘ but instead gave him the A-plus treatment instead, even though he “could’ve” given him lesser treatment.

Then, implying he may not be in heaven, he quipped, “Maybe he’s looking up I don’t know?”

“Maybe, maybe,” the president continued on about the late Congressman. “Let’s assume he’s looking down.”

Shortly after Trump made those comments, Rep Dingell replied via twitter,  directly addressing the president and saying “let’s set politics aside.”

Mr. President, let’s set politics aside. My husband earned all his accolades after a lifetime of service. I’m preparing for the first holiday season without the man I love. You brought me down in a way you can never imagine and your hurtful words just made my healing much harder.