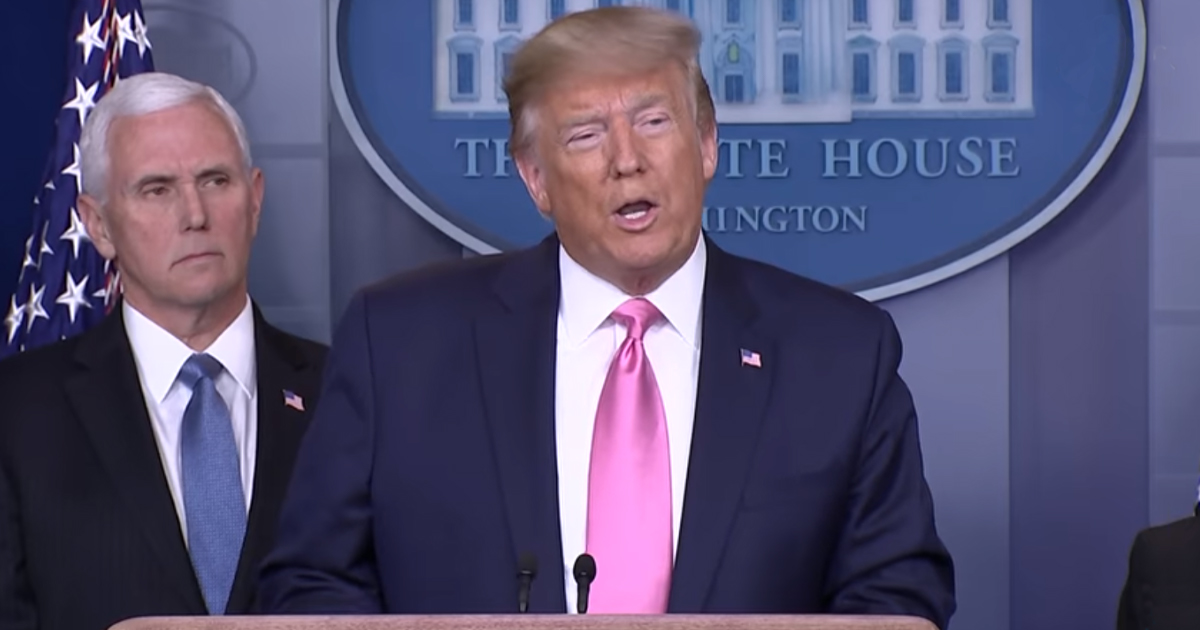 President Donald Trump was undoubtedly hoping to instill calm among investors with his Oval Office address to the nation Wednesday night — during which he announced a series of measures designed to stimulate the economy. But one early indicator suggests that the president’s speech did not have the intended effect.

In the moment immediately following Trump’s speech, Dow Jones futures began to tumble. And as of approximately 10:00 p.m. ET, nearly one hour after the president’s address, Dow futures had fallen more than 1,200 points.

Trump, during his remarks, tried to project calm about the state of the market.

“This is not a financial crisis,” he declared.

The president asked Congress for $50 billion in funding. He is seeking payroll tax relief, and announced that certain people and business will be allowed to defer their taxes past the April 15 filing deadline.

Trump also while announcing a 30 day travel ban to and from Europe, said, “These prohibitions will not only apply to the tremendous amount of trade and cargo, but various other things as we get approval. Anything coming from Europe to the United States is what we are discussing.”

Hoping to get the payroll tax cut approved by both Republicans and Democrats, and please remember, very important for all countries & businesses to know that trade will in no way be affected by the 30-day restriction on travel from Europe. The restriction stops people not goods.