Jeff Sessions Mocks Interns’ Questions on Police Brutality, Marijuana: ‘That May be the View in Berkeley’

Jeff Sessions Mocks Interns’ Questions on Police Brutality, Marijuana: ‘That May be the View in Berkeley’ 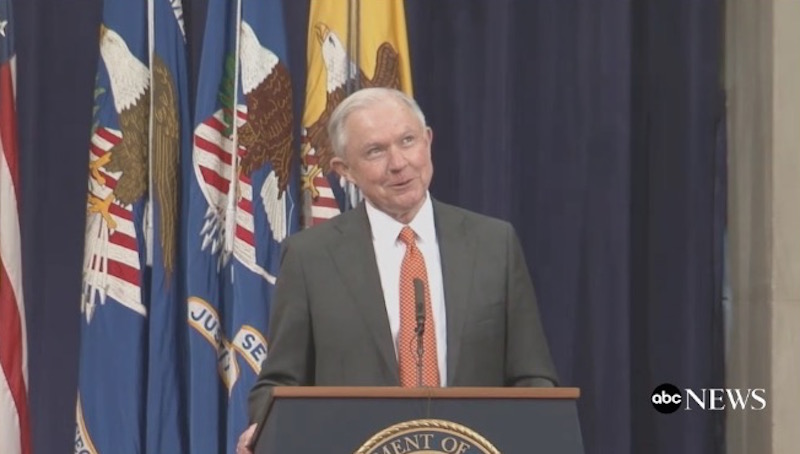 Remember like a billion years ago when people were concerned about Attorney General Jeff Sessions, questioning his suite of extreme beliefs? I remember there were rumors that he held some questionable views on race, among other things…

Well, we can’t speak to that, but we can certainly prove that he was once a jerk to the poor interns over at the Justice Department.

ABC News has unearthed video of a summer event attended by both a handful of interns and Sessions himself. The Attorney General participated in a question and answer session, in which interns were allowed to lob unfiltered questions at Sessions, giving an intimate look at how his personal beliefs shape his view of the law.

Sessions seemed to mock an intern who questioned him about minorities who often live in fear of police brutality.

“Well, that may be the view in Berkeley, but it’s not the view in most places in the country,” he said, dismissively.

“It is the view in Columbus, Ohio where the police just stomped on a gentleman’s head,” the intern shot back.

His response? He noted that it “is crystal clear” that “marijuana is not a healthy substance,” then took the time to mock the intern, calling her “Dr. Whatever Your Name Is” because she didn’t know a study he cited on the dangers of smoking weed.

“I don’t think America’s going to be a better place if marijuana’s sold in every corner grocery store,” he added, responding to the accusation of allowing lax gun laws with “The Second Amendment. You heard of that?”