John Bolton Hails Killing of Iranian General: ‘Hope This is the First Step to Regime Change’ 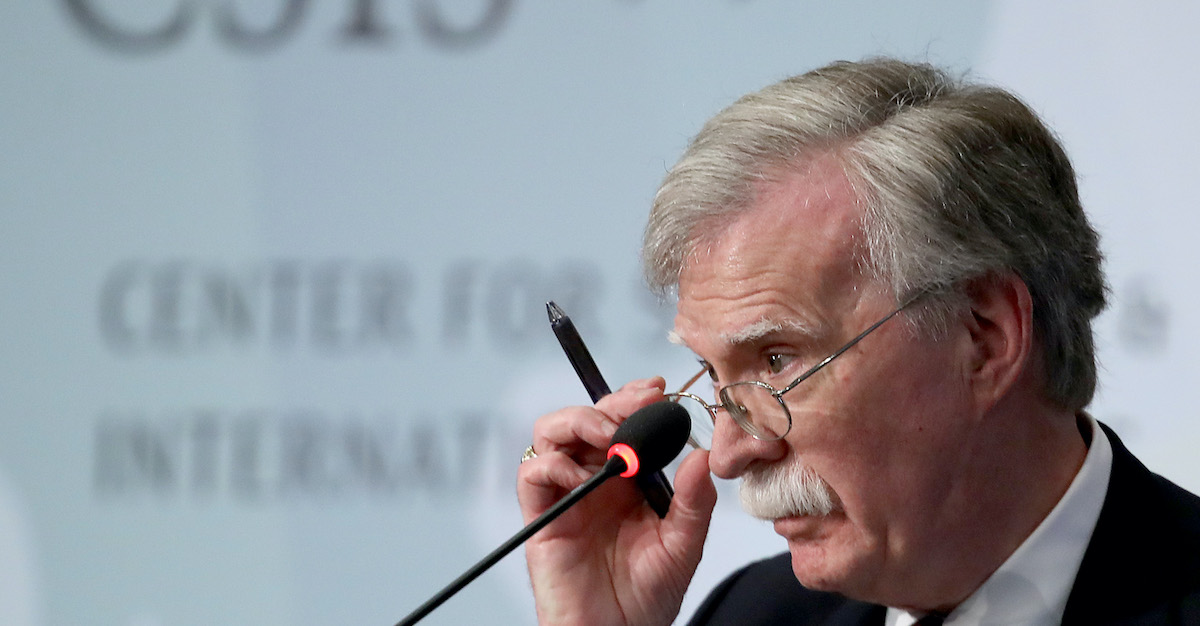 Former National Security Advisor John Bolton offered congratulations for the U.S. airstrike that killed Qasem Soleimani, one of Iran’s top military commanders, and expressed his hope for regime change in the country.

“Congratulations to all involved in eliminating Qassem Soleimani,” Bolton wrote on Twitter. “Long in the making, this was a decisive blow against Iran’s malign Quds Force activities worldwide.”

“Hope this is the first step to regime change in Tehran,” he added.

Congratulations to all involved in eliminating Qassem Soleimani. Long in the making, this was a decisive blow against Iran’s malign Quds Force activities worldwide. Hope this is the first step to regime change in Tehran.

Bolton, known as one of the more relentlessly hawkish foreign policy minds in the United States, served as Trump’s national security adviser until he left in September over policy clashes (Trump said he was fired, Bolton said he quit.)

Soleimani, killed in a U.S. airstrike in Baghdad, according to the Pentagon, was the leader of the elite Quds force of the Iranian Revolutionary Guard Corps (IRGC). He was considered the second most powerful person in Iran, behind Ayatollah Ali Khamenei.

“At the direction of the President, the U.S. military has taken decisive defensive action to protect U.S. personnel abroad by killing Qasem Soleimani, the head of the Iranian Revolutionary Guard Corps-Quds Force, a U.S.-designated Foreign Terrorist Organization,” the Pentagon said in a statement. “This strike was aimed at deterring future Iranian attack plans. The United States will continue to take all necessary action to protect our people and our interests wherever they are around the world.”