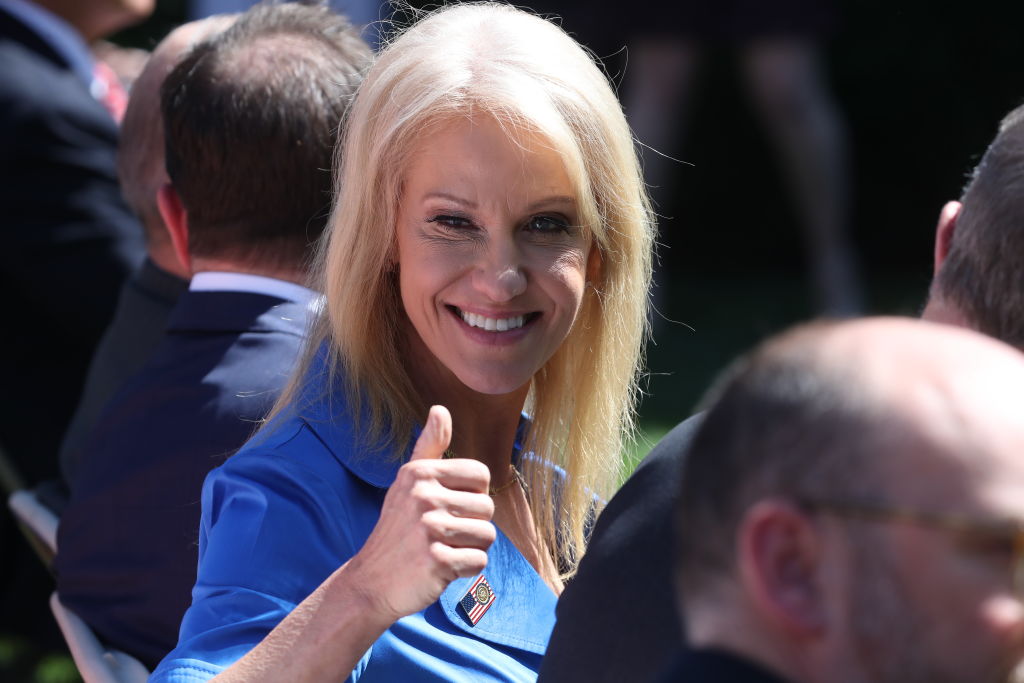 Kellyanne Conway is now the most notable member of President Donald Trump’s inner circle to admit that President-elect Joe Biden in fact won the election.

The former senior advisor no longer works in the White House but still has maintained a visible presence at a great number political events. She is one of the president’s most trusted advisors to publicly contradict Trump’s persistent and baseless claims that he was robbed of a stolen or rigged election.

“If you look at the vote totals in the Electoral College tally, it looks like Joe Biden and Kamala Harris will prevail,” Conway noted in an interview with The 19th‘s Amanda Becker. “I assume the electors will certify that and it will be official. We, as a nation, will move forward, because we always do.” She added, “You always need a peaceful transfer of democracy, no matter whose administration goes into whose administration.”

The 19th is an online publication that self-identifies as a “nonprofit, nonpartisan newsroom reporting on gender, politics and policy.”

You can see the brief portion of the interview below:

President Trump has continued to claim that he won the General Election despite all major news outlets projecting Joe Biden to be the winner and every swing state with a close voter tally having since certified results in favor of the former Vice President. Only a handful of elected Republican officials have gone on record as saying Trump lost, so Conway’s admission that Biden and Harris will prevail is no small item.

According to The 19th, Conway also pledged to work with “future administrations,” saying “If there’s anything I can ever do to help … they can count on me.”

The interview with Conway is a terrific get for the recent start-up, as the longtime Republican pollster joined a “Live with The 19th” event which the outlet explained as being focused on the women’s electorate in 2020.