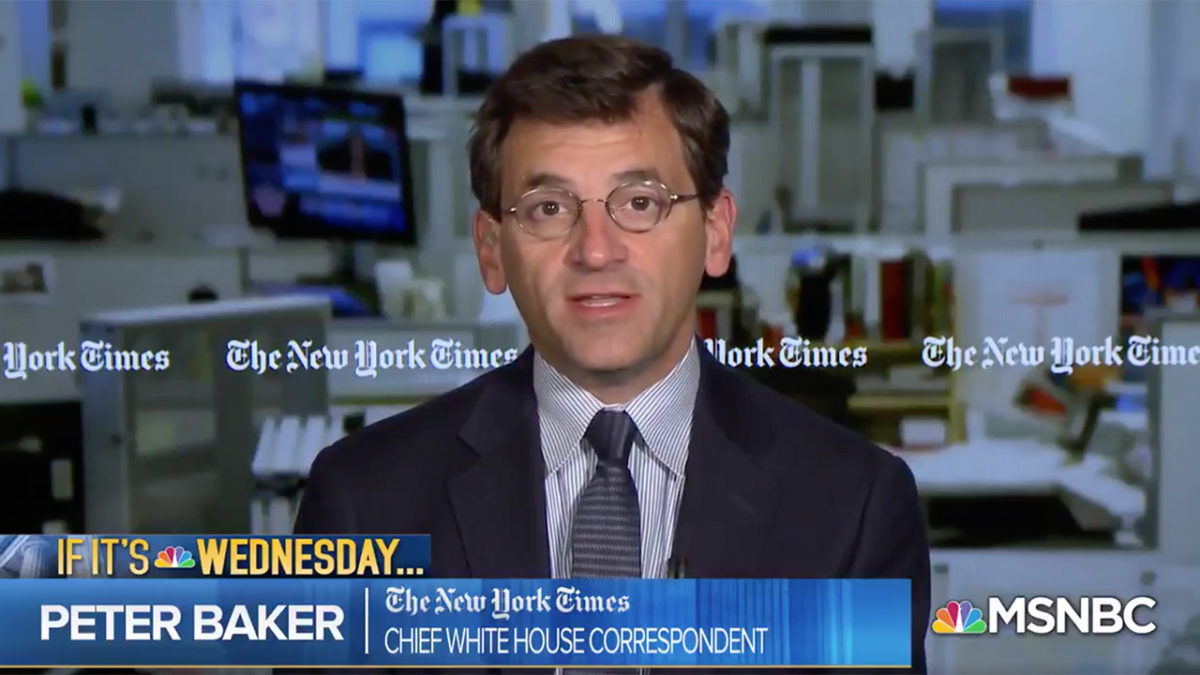 The New York Times today reported that the White House got directly involved in the effort to get NOAA to disavow the Birmingham NWS tweet contradicting President Donald Trump‘s Alabama hurricane tweet.

Times White House correspondent Peter Baker appeared on MTP Daily this afternoon to talk about the new reporting, including how Mick Mulvaney called Wilbur Ross to get him to fix this.

WATCH: Peter Baker joins Chuck to give the latest on the NOAA controversy. #MTPDaily@PeterBakerNYT: “The President wouldn’t have to make this such a big issue but because he can’t let go, he can’t admit that he was wrong, now we suddenly have two investigations.” pic.twitter.com/LiDccSLcbB

Baker noted the criticism that this is “the politicization of the weather in order to justify a fake claim or a mistaken claim by the president.”

He called it a “self-inflicted wound” and added, “The president wouldn’t have to make this such a big issue, but because he can’t let go, he can’t admit that he’s wrong, now we suddenly have two investigations. One by the House committee and one by the inspector general of the Commerce department.”

This past weekend, as Baker reported on the continuing fallout over the president’s tweet, Trump took to Twitter to cry “FAKE NEWS” and trash Baker, calling him an “Obama flunky”:

The Failing New York Times stated, in an article written by Obama flunky Peter Baker (who lovingly wrote Obama book),”Even after the President forecast the storm to include Alabama.” THIS IS NOT TRUE. I said, VERY EARLY ON, that it MAY EVEN hit Alabama. A BIG DIFFERENCE…..

…FAKE NEWS. I would like very much to stop referring to this ridiculous story, but the LameStream Media just won’t let it alone. They always have to have the last word, even though they know they are defrauding & deceiving the public. The public knows that the Media is corrupt!

Today Trump denied he instructed Mulvaney to crack down on this whole thing.

You can watch Baker’s comments above, via MSNBC.