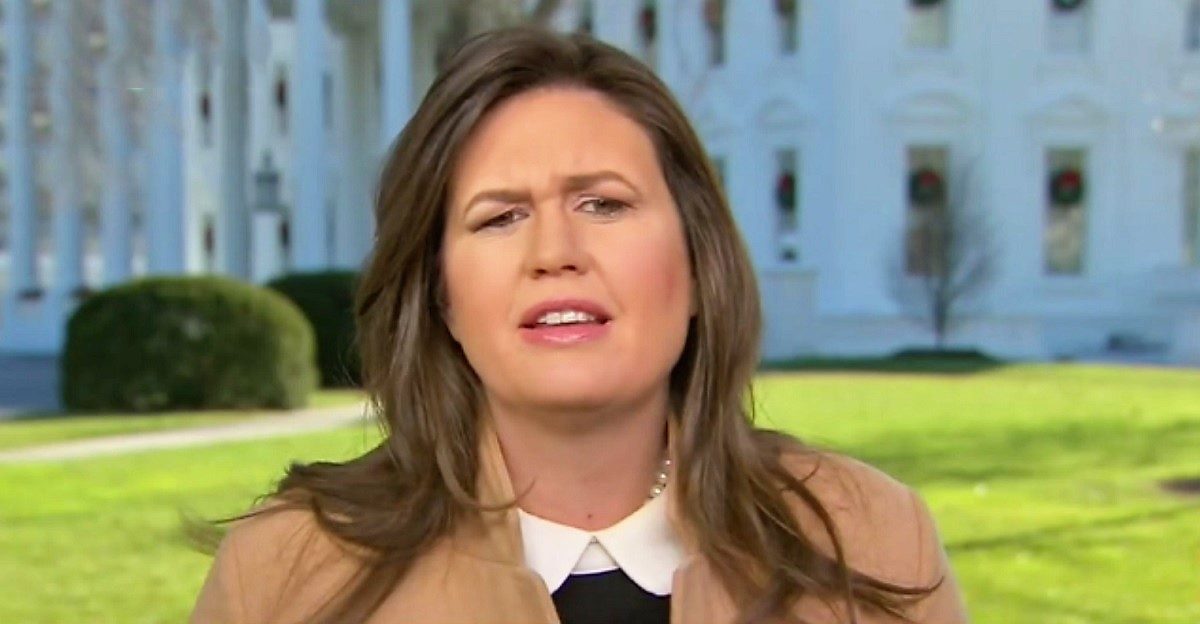 Stunning details continue to emerge from the Thursday release of the Mueller Report. In this episode, we take a look at a claim made by White House Press Secretary Sarah Sanders, specifically regarding the firing of former FBI Director James Comey and how she related the reaction of that dismissal amongst the rank and file at the FBI.

Turns out, she lied.

Under oath to investigators that were part of Special Counsel Robert Mueller’s team, Sanders admitted that she fabricated claims, made in a press briefing, that she heard from many in the FBI that were celebrating Comey’s firing.  The moment she said that is captured by CBS News reporter Steven Portnoy who tweeted the clip below:

According to the Mueller report, however, “Sanders acknowledged to investigators that her comments were not founded on anything.”

Critics often claim the Trump administration and its press secretary Sanders pollute public discourse with outright lies. And, to be fair, fudging the truth or exaggerating to the media is not just legal, it’s a time-honored tradition.

But the active besmirching of the reputation of a long-time and civil servant (who quite ironically, helped get President Donald Trump elected) by telling a story made of whole cloth is a new level of dishonesty.

If Sanders returns to the White House press briefing room anytime soon, it might be difficult for critical reporters to take her words at face value.