Steve Bannon: Voters Will Realize Trump is ‘Just Another Scumbag’ 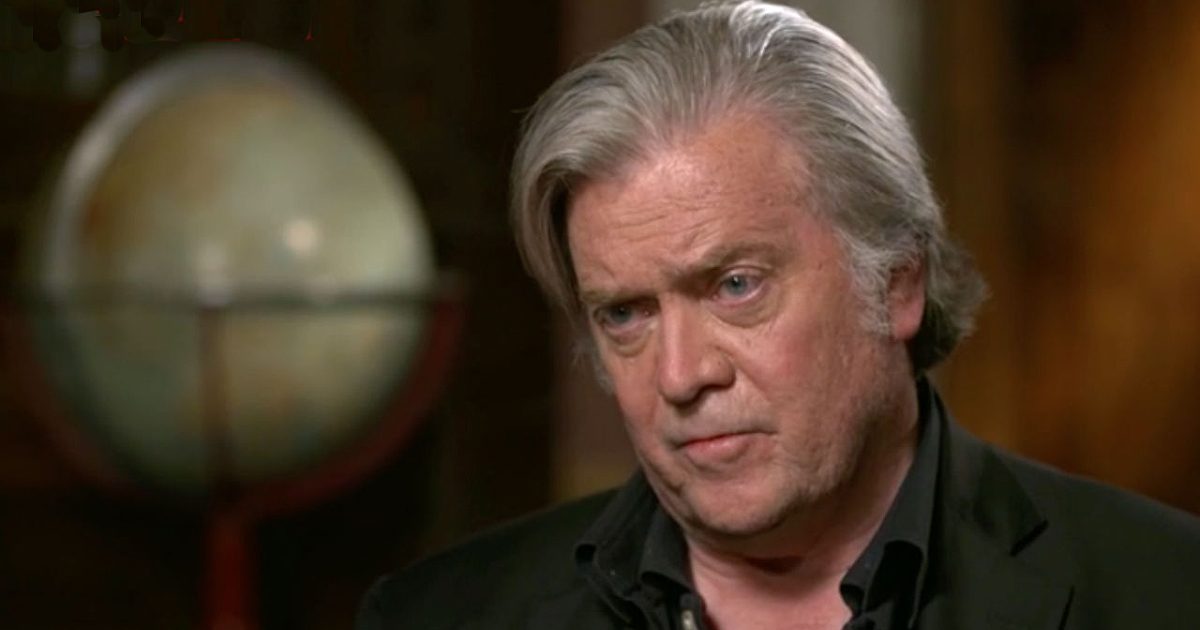 While Steve Bannon’s last time talking to author Michael Wolff for a book resulted in him receiving a round of condemnation from Donald Trump and his allies, Bannon is back to insulting the president in Wolff’s new work — this time labeling him “just another scumbag.”

Bannon, who is featured so prominently in Wolff’s upcoming book Siege that he received his own shout out in the author’s acknowledgments section, suggested that Trump’s supporters will abandon him once they realize his business magnate image is fake.

“This is where it isn’t a witch hunt — even for the hard-core, this is where he turns into just a crooked business guy, and one worth $50 million instead of $10 billion,” Bannon said according to excerpts provided to The Guardian. “Not the billionaire he said he was, just another scumbag.”

It is widely believed that the main source for Wolff’s 2018 book Fire and Fury was Bannon. Though, the former White House official said he regretted speaking to Wolff after Trump released a statement calling Bannon “Sloppy Steve” and saying he “lost his mind” after being ousted from the administration.

“My support is also unwavering for the president and his agenda,” Bannon said at the time, mostly in response to comments he made to Wolff about Donald Trump Jr. being “treasonous” for taking the infamous Trump Tower meeting with a Kremlin lawyer.

Additionally, Bannon told Wolff that “Trumpism and Donald Trump were at a significant distance from each other” and called first-daughter Ivanka Trump “dumb as a brick.”