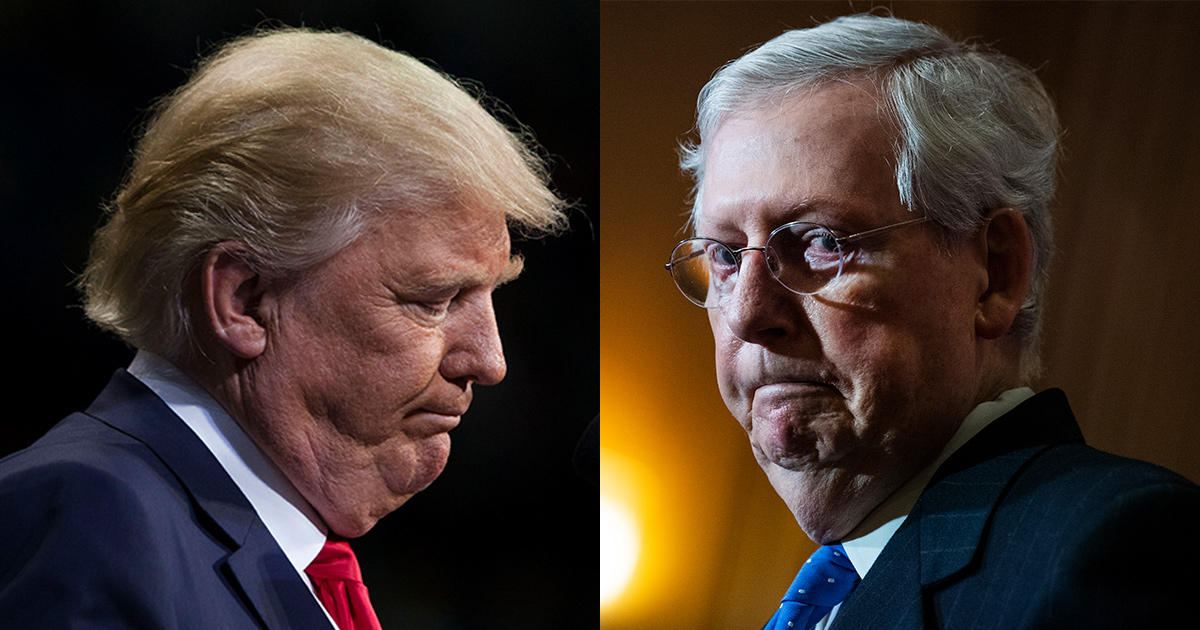 Former President Donald Trump has HAD IT with Senate Minority Leader Mitch McConnell. Or, at least that appears to be the case currently, judging from a statement released from the Save America PAC.

Calling out his “weak leadership,” Trump laced into the senior senator from Kentucky, and former political ally, blaming him for political losses in swing states Arizona and Georgia, while also ignoring what he continues to baselessly call “election fraud” for the 2020 general election he lost and refuses to accept.

As reports surfaced of a bipartisan agreement on a potential $1.2 Trillion Infrastructure deal — one that Trump was never able to accomplish in his four years in office despite Republican control of both the Senate and House for the first half of his term — the former president hit at McConnell for “giving Democrats everything they want and getting nothing in return.” He then blamed “RINOS’ for ruining America, “right alongside Communist Democrats.” (Democrats are not Communists, by very definition.)

Under the weak leadership of Mitch McConnell, Senate Republicans continue to lose. He lost Arizona, he lost Georgia, he ignored Election Fraud and he doesn’t fight. Now he’s giving Democrats everything they want and getting nothing in return. No deal is better than a bad deal. Fight for America, not for special interests and Radical Democrats. RINOs are ruining America, right alongside Communist Democrats.

Trump and McConnell were allies throughout the four years of the Trump administration, but the relationship chilled dramatically after McConnell gave a blistering speech condemning Trump’s role in the Capitol attacks on January 6th.

Since then, Trump has been on something of a political mission to demonstrate what’s left of his political power by turning his base against Republican establishment leaders who have the temerity to oppose Trump and some of the more vocal pro-Trump members of Congress like Rep. Marjorie Taylor Greene and Matt Gaetz.