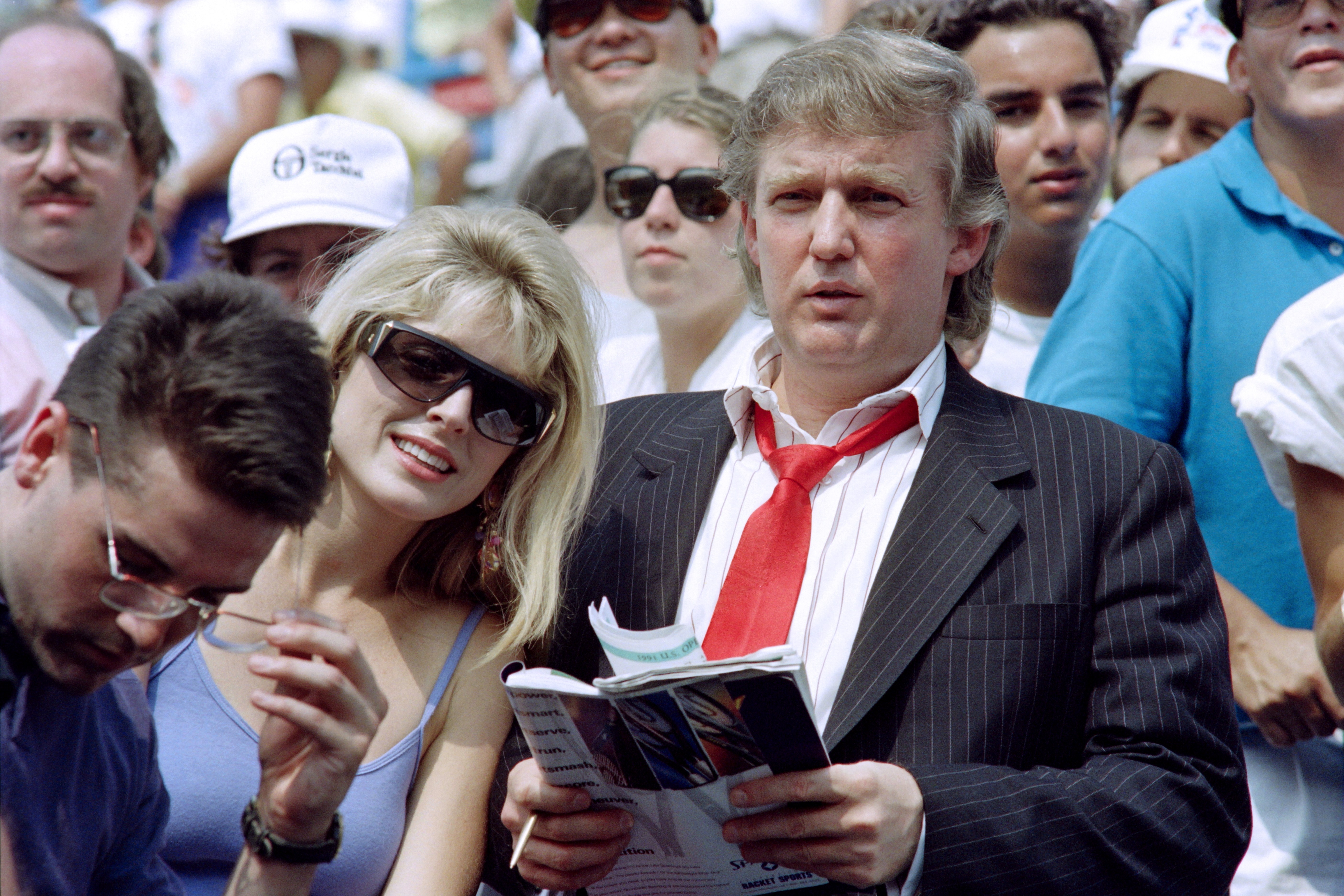 President Donald Trump’s relationship with second wife Marla Maples infamously began with a quote attributed to Maples — “Best Sex I Ever Had” — spewed across the front page of the New York Post. Could this be why she agreed to marry the real estate mogul and known philanderer, cognizant of the fact that she would only receive one one-thousandth of his fortune should they divorce?

In 1993, Maples had just given birth to their daughter, Tiffany, and was eager to marry the baby’s father. “I’m going to have to make a decision about Marla…what should I do?” Trump asked his mother, according to Vanity Fair. He was 47 and had just closed a divorce with first wife and mother of his first three children, Ivana.

Trump reportedly ended up proposing to Maples after the birth of their daughter amidst familial and business pressure to do so. Trump’s conservative parents were angry he had fathered a child out of wedlock. But more importantly, Trump had been planning to take his casinos public, but his tumultuous personal life ever in the spotlight spooked investors. They would’ve rather seen a stable, family man.

But he insisted on a prenuptial before marrying Maples, having just paid his ex-wife $14 million, property rights to their estate in Greenwich, and $650,000 per year in child support.

In the document with his second wife, Trump stated his net worth as $1.17 billion. Maples totaled her assets at $100,000. Trump’s net worth was likely overstated as he didn’t appear on the Forbes Billionaires list from 1990-1995, but had he understated his worth, Maples could claim in the divorce that he hid money from her nullifying the contract’s terms.

Maples reportedly asked for $25 million, and Trump offered her $1 million, plus another $1 million to buy a house, and $100,000 in child support until Tiffany was 21. If Tiffany got a full-time job, joined the Peace Corps or the military before 21, the child support ceased. Maples would also need to surrender any claim to Trump’s future income or inheritances.

Maples insisted on better terms, but Trump vehemently denied her requests. Exactly one day before they were set to marry, she agreed.

The couple separated four years later, and divorced in 1999.