'This is War': Jon Voight Calls America to Stand With Trump

‘War. This is War’: Jon Voight Rails Against Trump Impeachment in Wild Video 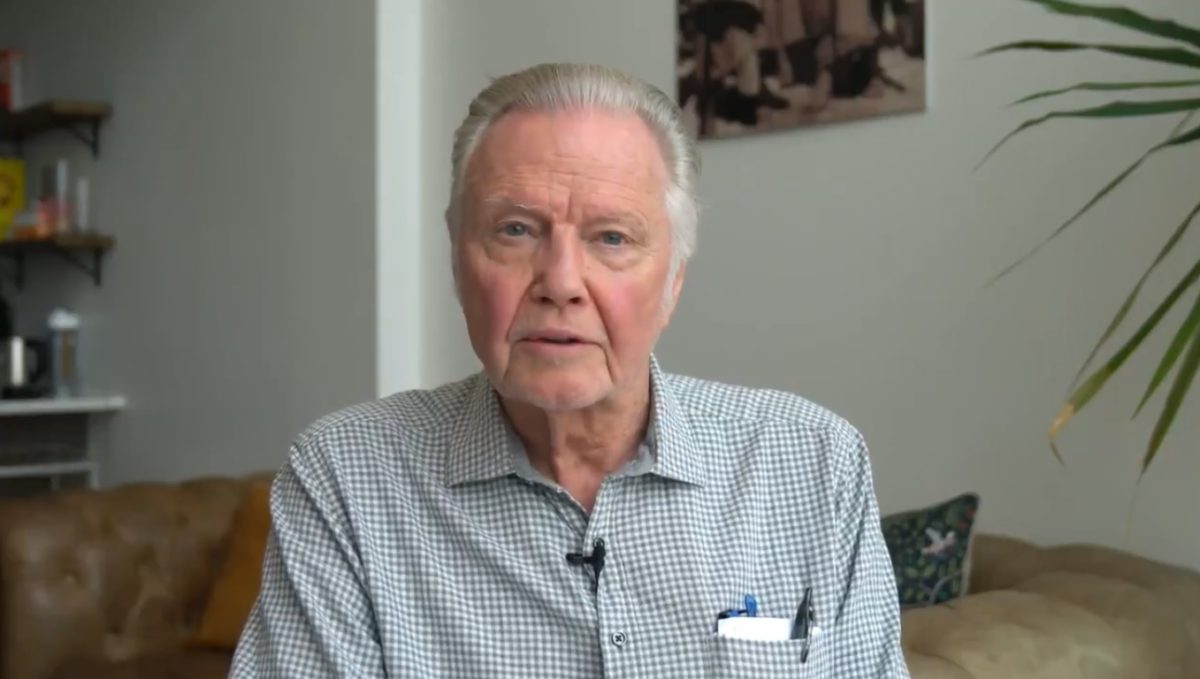 Hollywood actor Jon Voight released a fiery video on Thursday evening calling for Americans to stand with President Donald Trump against criticism and attempts to impeach him.

“War. This is war against truths,” declared Voight. “This is a war against the highest noble man who has defended our country, and made us safe and great again. Let me stand with our president. Let us all stand with our President Trump in a time of such evil words trying for impeachment.”

“This is a crime that the left are trying to force. This is a disgrace by such ignorant followers that have no truth of what truly has been brought back to our country. We have gained greatness, we have gained jobs, we have gained more than any president has promised,” he continued. “This radical left are destructive. Their codes of what is supposed to be are corrupt with lies, deceits, and anger, and we ask why? We ask how can a human being have such anger towards the greatness of our country’s glory. I’ll tell you why: because for so long their anger has been growing, and with such deep pain, with no open heart, of loving and seeing the truth.”

“The truth of what truly matters is the productivity of what was promised, and what we the American people of the United States were promised and have received. And what does the radical left do for such greatness? They want to destroy it,” the actor claimed. “They want civilization to be run like a corrupt ring. I say stand now with Trump, let truth prevail, and may God show all the truth. That we are truly a nation stronger because of our president. The left are afraid, for their power is lessening with every deal that is accomplished by Donald Trump. In the name of God and his power for this nation, let us stay strong, and without such evil among us. God bless.”