‘Yes, I Am Pissed!’ Don Lemon Goes Off on Dunn Trial: We Need ‘Mind Your Business’ Law!
video

‘Yes, I Am Pissed!’ Don Lemon Goes Off on Dunn Trial: We Need ‘Mind Your Business’ Law! 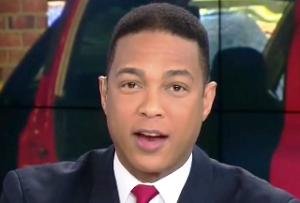 CNN’s Don Lemon got really teed off on Saturday after the jury in the Michael Dunn case said they can’t agree on a verdict for the first degree murder charge. He repeatedly cried, “This is ridiculous!” and got rather strongly opinionated in saying there was absolutely no justification for Dunn to have confronted Jordan Davis for playing loud music in the first place. He said, “You go over, you start the altercation, and then you can’t deal with it and then you decide to shoot someone, and all of a sudden it’s someone else’s fault that you’re on trial for murder? It’s absolutely ridiculous!”

CNN legal analyst Paul Callan noted the issue here is whether the shooting was premeditated or if it was a last-minute decision. Lemon took note of all the people pointing out online how angry he’s been over the case, saying, “I know people are saying Don Lemon is pissed on Twitter. Yes, I am pissed! I am absolutely pissed!”

He continued, “I think there needs to be a Mind Your Business law that goes along with the Stand Your Ground law.”

And as for the possibility of a hung jury on the first degree murder charge and the judge ruling a mistrial on the charge, Lemon said it is going to trigger such a big uproar all over the place.

“If this turns out to be a hung jury or a mistrial, there will be outrage, I’m just saying, around the country, and I will be one of those people.”

UPDATE: A verdict has been reached in the trial.

Later on in the broadcast, Lemon stopped calling it the “loud music murder trial,” apologized, and referred to it as the “Jordan Davis murder trial,” following some of the feedback he was getting on Twitter. You can watch that video here: