Anti-Vaccine Blogger: I Knew Daily Show Would Mock Me; I Just Wanted to Get Message Out
video

Anti-Vaccine Blogger: I Knew Daily Show Would Mock Me; I Just Wanted to Get Message Out 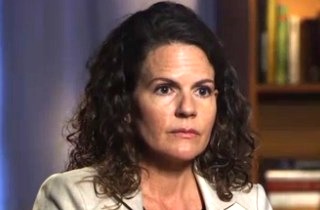 Sarah Pope is an anti-vaccine advocate who was featured in a Daily Show segment this week mocking science deniers on the left. Pope wrote on her blog yesterday she knew what she was getting into, but took the segment in stride and said she just wanted to get her message out there to the viewing public.

Pope admits she wasn’t completely thrilled with how one-sided the segment turned out to be, but nonetheless she expresses a positive attitude about the experience. She explains, ” I knew before I accepted the interview that the goal of the segment would be to make me and parents like me look ridiculous – it’s comedy after all! No worries.”

Pope says her goal was to show parents “it doesn’t matter how you are bullied or made fun of for the position not to vaccinate.” But her position didn’t exactly come across in the way she hoped it would.

“Of course, the juicy bits where I discuss many of the lies and inconsistencies of the pro-vaccine argument are all edited out. They are just strung together as sound bites with no explanation to make it look like I’m off my rocker. I expected that … it’s comedy right?”

Well, at least she took it better than Peter Schiff did.

You can watch the Daily Show segment below, via Comedy Central: