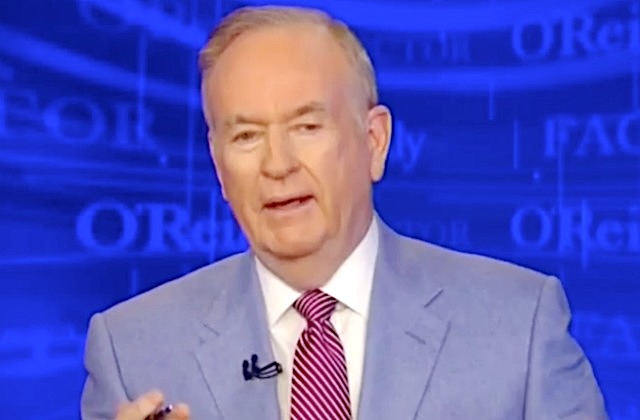 Fox News has reportedly decided to part ways with Bill O’Reilly. The news was reported by Gabriel Sherman in New York Magazine on Wednesday.

If confirmed, the top-rated cable news host’s departure will leave an enormous hole not just in the Fox News lineup, but in the entire cable news landscape. The former CBS News reporter and host of Inside Edition is truly the progenitor of the “opiniotainment” host that we now see as the standard.

Ever since a New York Times report came out that revealed $13 million Fox news spent settling multiple accusations of sexual harassment against O’Reilly, he has been in a swirl of controversy. The report led to a swift and successful advertiser boycott that included dozens of national advertisers, a suddenly announced vacation, and now, the end of Mr. O’Reilly’s career on Fox News.

Given his continued ratings dominance, this had to have been an extremely difficult decision for the Murdoch family, who are owners of Fox News’ parent company, 21st Century Fox. Previously, Sherman reported that Rupert Murdoch was inclined to keep O’Reilly on simply to defy the NY Times report. But an alleged corporate culture that enables harassment is a difficult thing to ignore, especially coming so close on the heels of Roger Ailes’ departure from the network under similar allegations that continue to grow.

During O’Reilly’s vacation, his replacement hosts, which have included Dana Perino, Greg Gutfeld, and Eric Bolling, have, for the most part, not had the same viewing appeal as O’Reilly, and ratings dipped 25% in his absence. The one exception is Ms. Perino, the former Press Secretary under President George W. Bush, who was able to top the ratings on Monday, April 17th.

Combined with the recent departure of Megyn Kelly, the cable news ratings leader is suddenly suffering with a short bench as there is no clear heir-apparent to replace Mr. O’Reilly. Sources familiar with the situation at Fox News have suggested that Tucker Carlson might move to the 8 o’clock spot, and Mr. Carlson’s recent ratings success since moving to 9 PM suggest he would certainly hold his own. Moving Carlson, however, would leave a hole at 9 PM, and there is no obvious choice to fill that spot. In addition to the substitute hosts, Jesse Watters (who often sat in on O’Reilly’s nights off), 7 PM host Martha MacCallum, and even Tomi Lahren have all been bandied about as possible hosts. There are significant reasons, however, for each to not fit the very unique bill.

It’s not yet clear who would replace O’Reilly and this decision, if confirmed, would be the most significant programming one made thus far at a post-Ailes Fox News. With a fiercely loyal base of viewers, it’s likely that Fox News’ ratings dominance over CNN and MSNBC might continue in the short term. But just like classic rock radio isn’t nearly as popular today as it was 20 years ago — and a similarly aging viewer demographic — an O’Reilly-less Fox News suddenly seems more vulnerable than ever before.