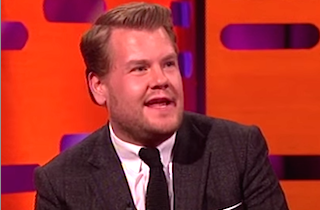 It looks like the rumors, which started popping up more than a month ago, are true. On Monday, CBS announced that British comedian James Corden will replace Craig Ferguson on The Late Late Show starting next year.

“James Corden is a rare entertainment force who combines irresistible charm, warmth and originality with a diverse range of creative instincts and performance talent,” CBS Entertainment head Nina Tassler said in a statement. “He is the ultimate multi-hyphenate – a writer, creator and performer who is loved and respected in every medium he touches, including theater, comedy, music, film and television. James is already a big star in the UK and he’s wowed American audiences on Broadway; we’re very excited to introduce his considerable and very unique talents to our network television audience on a daily basis.”

“I can’t describe how thrilled and honoured I am to be taking over from the brilliant Craig Ferguson,” Corden added. “To be asked to host such a prestigious show on America’s #1 network is hugely exciting. I can’t wait to get started, and will do my very best to make a show America will enjoy.”

While he is a relative unknown in the States, Corden will have the benefit of following the new Late Show with Stephen Colbert, which will launch sometime early next year in the 11:35 p.m. slot on CBS and is bound to generate an enormous amount of buzz at least initially.

Over in London, Corden has been a regular fixture on Graham Norton’s wildly popular late night show. Here he is goofing around with Paul McCartney and Katy Perry back in June.

Watch video below, via BBC: