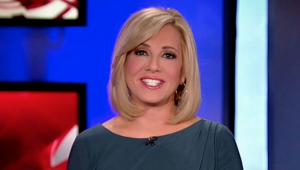 Fox Business Network will debut a new show in January called Strange Inheritance, according to a release from the network. The show will be hosted by Fox anchor Jamie Colby and will air Monday to Thursday at 9:00 p.m. in half-hour episodes.

The show will examine “real-life stories of unconventional inheritances,” the network said. A behind-the-scenes addition to the show, Strange Inheritance Unpacked, will air on Wednesdays and Thursday at 9:30 P.M.

As a result, Independents will air every weeknight at 10 p.m., and Stossel will move to Fridays at 9:00 p.m. ET.

Each evening, two half-hour episodes will air back-to-back featuring Colby as she explores a range of unusual circumstances from a family trying to keep a 900-acre bug museum in business to the discovery of a rare 1913 Liberty Head nickel.  Colby joined FNC in 2003 and took a hiatus from her current role as co-anchor for the network’s America’s News Headquarters to film FBN’s Strange Inheritance.

Strange Inheritance is produced by Towers Productions, which is known for such programs as The History Channel’s Gangland, National Geographic’s Inside 9/11, The Weather Channel’s Storm Stories and A&E’s American Justice.