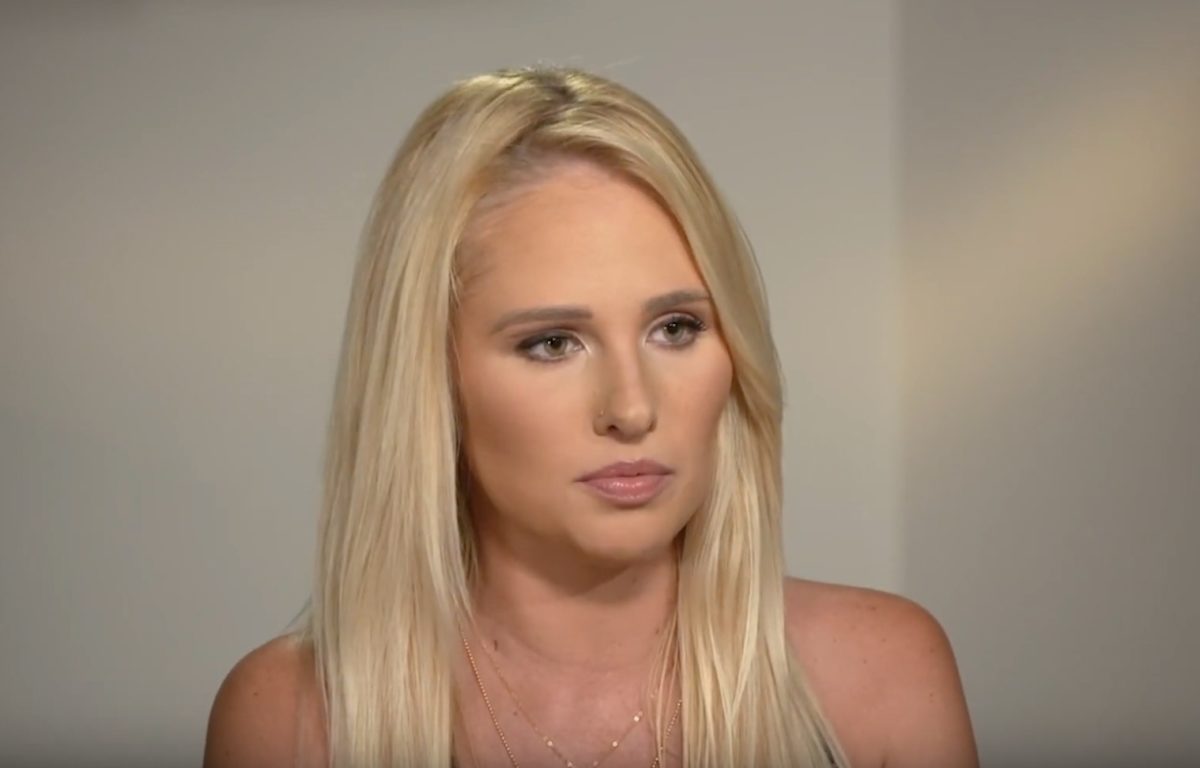 Conservative firebrand and Fox Nation host Tomi Lahren apologized on Thursday for her suggestion that Kamala Harris became the former attorney general of California because of sexual favors.

“I apologize for my comment on Kamala’s personal relationship,” Lahren wrote on Twitter. “It was the wrong choice of words. There are many other things to take her to task for and I will stick to those.”

I apologize for my comment on Kamala’s personal relationship. It was the wrong choice of words. There are many other things to take her to task for and I will stick to those.

Lahren’s apology comes after she drew outrage for the insinuations she made about Harris and former San Francisco Mayor Willie Brown during her CNN Democratic debate live-tweeting. As you can see below, Lahren accused Harris of sleeping her “way to the top,” and she subsequently doubled down on that assertion throughout the evening. 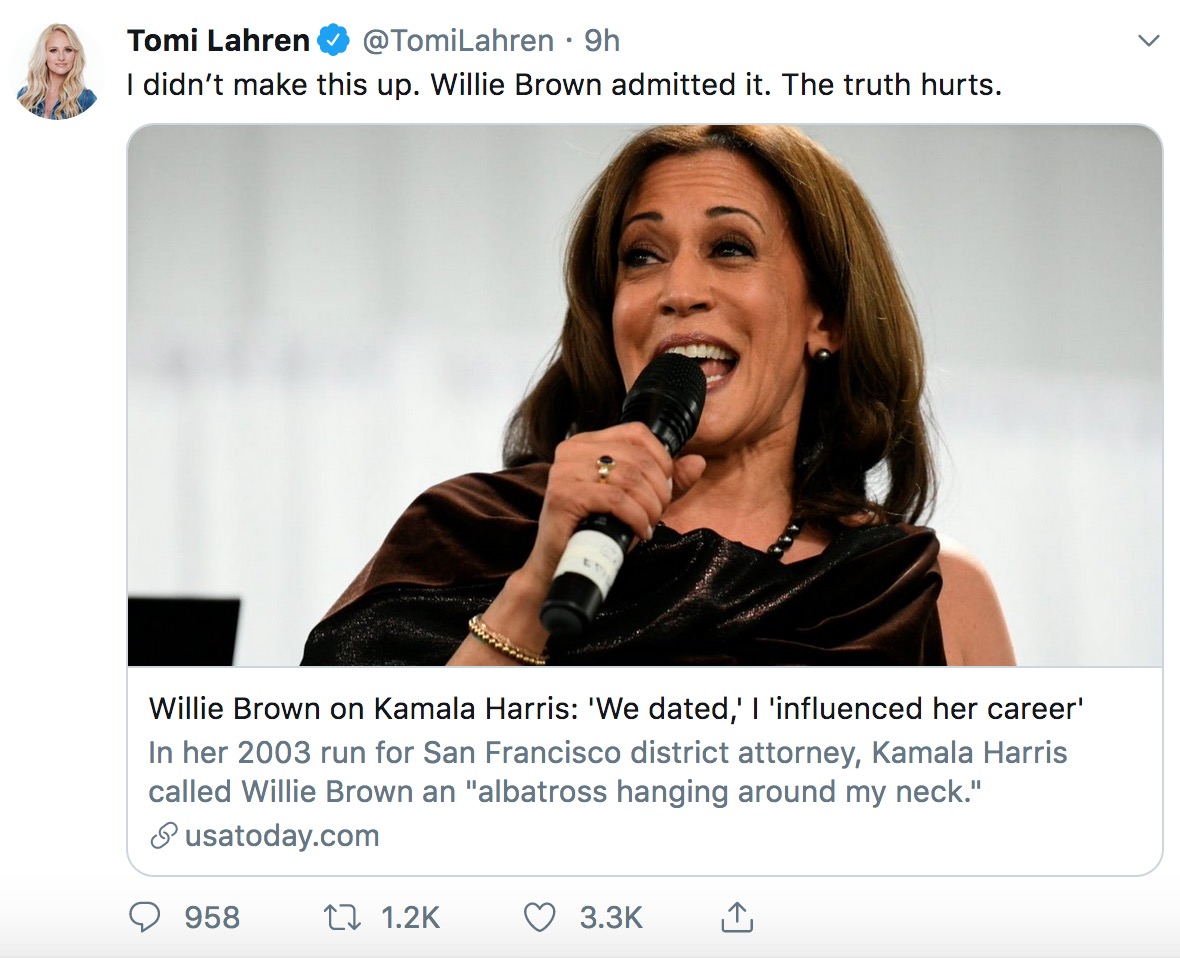 Multiple Fox News employees were revolted by Lahren’s comments, as seen by these responses from Kat Timpf, Britt McHenry and Janice Dean.

I am curious to know what you think bringing a woman’s personal/sexual life into this accomplishes. Men do that to us enough as it is. I’m honestly asking. https://t.co/MgO0yMrAHT

Do you have any idea how damaging this is to women who’ve actually been sexually harassed, assaulted or demeaned in the workplace? How much this weakens our own gender, regardless of partisanship. My goodness.

If a male contributor had tweeted this they would probably be suspended with a trip to HR. Pretty disgusting, Tomi. Are clicks and retweets worth demeaning women? Would you do the same to a “conservative” female candidate?