The Most Brutal Attack Lines Used Against Joe Biden 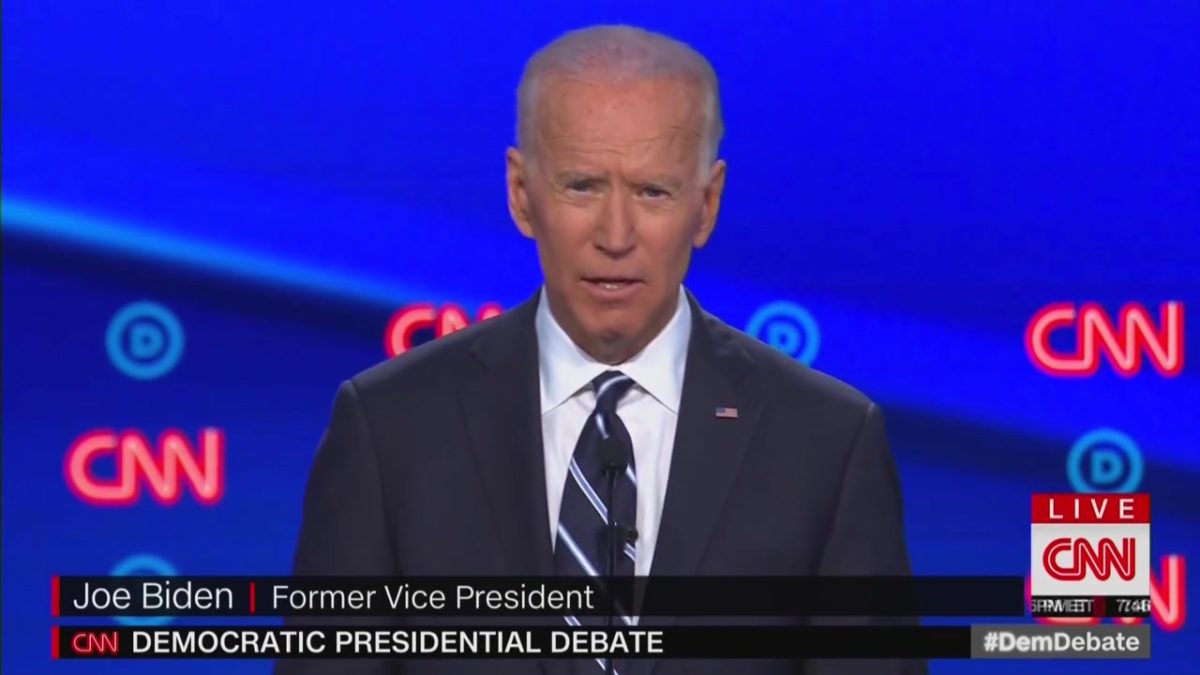 Former Vice President Joe Biden remains the frontrunner in the race for the 2020 Democratic presidential nomination, but the status also made him a top target for some brutal attacks Wednesday night.

Although Biden generally performed a lot better than his dismal first debate appearance at CNN’s Democratic debates, his rivals piled on with a series of brutal, well-rehearsed attacks. He was hit hard on multiple counts by nearly everyone on the stage, most notably Sens. Cory Booker (D-NJ) and Kamala Harris (D-CA).

1.  “The cost of doing nothing is far too expensive.” – Kamala Harris

Although the beginning of the debate may have gotten in the weeds of various proposals to expand health care, Harris continually hit Biden for his proposal to keep Obamacare largely intact and expand it as opposed to her plan which would slowly introduce Medicare for All over a long period of time.

Biden’s response: “Any time someone tells you you’re going to get something good in 10 years, you should wonder why it takes 10 years.”

2. “Mr. Vice President, it looks like one of us has learned the lessons of the past and one of us hasn’t.” – Julián Castro.

The former Housing and Urban Development Secretary had a strong rebuke for a fellow Obama administration alum on border crossings. Castro has called for decriminalizing border crossings and making it a civil offense.

Biden’s response: “I have guts enough to say his plan doesn’t make sense.”

3. “You were vice president of the United States. I didn’t hear whether you tried to stop them or not, using your power, your influence in the White House.” – Bill de Blasio.

The New York City mayor attacked Biden a lot throughout the debate, attempting to position himself as the candidate for the more progressive wing of the Democratic Party during Night 2.

In one instance, de Blasio also took aim at Biden over immigration, taking aim at the Obama administration’s policy of mass deportations.

Biden defended Obama’s record by pointing to the Deferred Action for Childhood Arrivals, or DACA, policy instituted by the administration.

Biden’s response: “The president came along, and he’s the guy that came up with the idea the first time ever, dealing with the Dreamers. He put that in the law.”

4. “You invoke President Obama more than anybody in this campaign. You can’t do it when it’s convenient and then dodge it when it’s not.” – Cory Booker

Booker critiqued the overarching theme of the Biden campaign: that he would represent a return to the Obama administration. When it came to a discussion of deportations, Booker panned Biden for shying away from his record on immigration.

Biden’s response: “And the fact of the matter is, I think the president of the United States, Barack Obama, went out of his way to try to change the system and he got pushed back significantly.”

Booker had a number of bruising hits against Biden during the debate, including the above quip which prompted laughter from the audience. Biden was hitting Booker’s record on criminal justice while he served as mayor of Newark, New Jersey.

This led to another quip from Booker, who said “there’s a saying in my community, you’re dipping into the Kool-Aid and you don’t even know the flavor. You need to come to the city of Newark and see the reforms that we put in place.” That was followed by a powerful moment in which Booker said Biden’s crime bill “destroyed” communities like his.

6. “Mr. Vice President, your argument is not with me, it’s with science. And unfortunately, your plan is just too late.” – Gov. Jay Inslee

The Washington governor has made climate change a singular focus of his campaign, and used that drive to go after Biden’s proposal, which Inslee criticized as not ambitious enough.

Biden’s response: “We will double offshore wind. We will end any subsidies for coal or any other fossil fuel. But we have to also engage the world while we’re doing it. We have to walk and chew gum at the same time.”

7. “Do you now say that you have evolved and you regret that? Because you have only, since you’ve been running for president this time, said that you had,” – Kamala Harris.

Harris attempted to hammer Biden for changing his stance on the Hyde Amendment, which bars the use of federal fundings to pay for abortions except in cases of rape, incest or health of the mother.

However, Biden’s response on this was much stronger than his other responses to attacks, noting correctly that everyone on stage who served in Congress also voted to uphold the amendment at one point or another.

Biden’s response: “Everybody on this stage has been in the Congress and the Senate or House has voted for the Hyde Amendment at some point.”

The next debates will be held on Sept. 12 and will be hosted by ABC News and Univision. Only seven candidates, including Biden and Harris, have qualified so far.