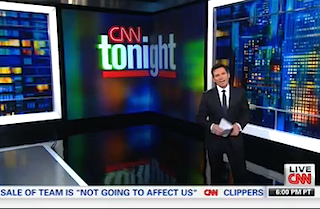 With Bill Weir hosting CNN Tonight on Friday, averaged its second-lowest ratings during the 9 p.m. hour in both the 25-54 demo and total viewers in nearly 15 years. The CNN show had 48K viewers in the demo and 226K total, according to Nielsen.