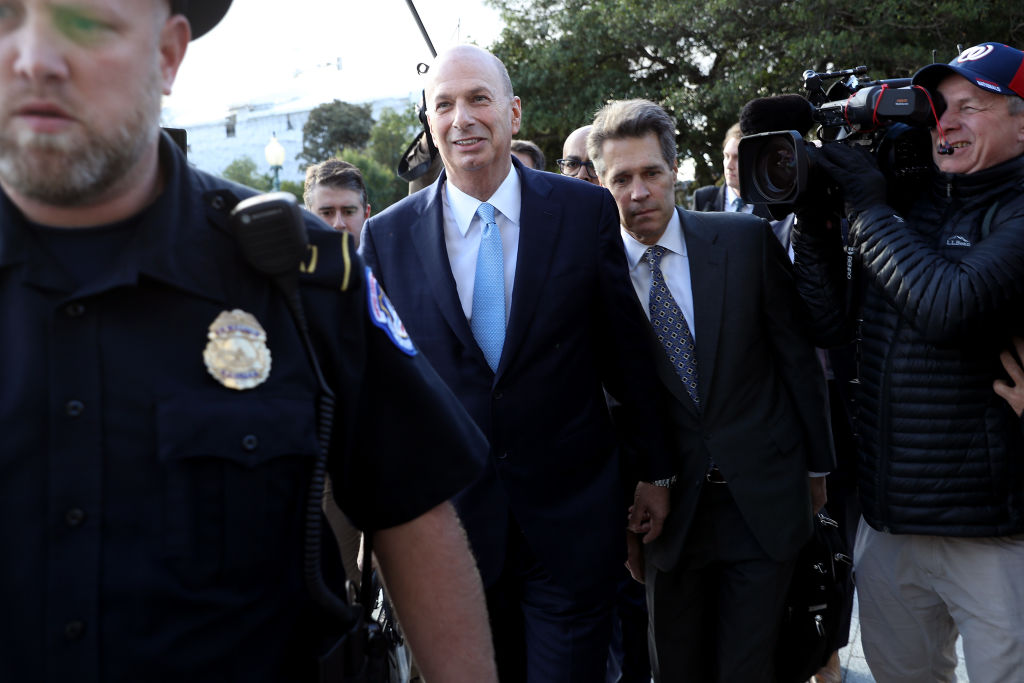 As Gordon Sondland prepares to testify before the impeachment inquiry of President Donald Trump, a new report states that he kept Secretary of State Mike Pompeo updated and tuned into the White House’s effort to pressure the Ukrainian government.

New York Times reports that the Trump donor-turned-U.S. ambassador to the European Union kept Pompeo informed of at least two moments where he tried to get the Ukrainians to publicly commit to the investigations Trump wanted from them. While it is not clear how specific Sondland was in his communications with Pompeo, the report asserts that Pompeo knew that Sondland and former Ukraine envoy Kurt Volker were both trying to draw statements from Ukraine that would appease the president.

Mr. Sondland informed Mr. Pompeo in mid-August about a draft statement that Mr. Sondland and another American diplomat had worked on with the Ukrainians that they hoped would persuade Mr. Trump to grant Ukraine’s new president the Oval Office meeting he was seeking, the people said.

Later that month, Mr. Sondland discussed with Mr. Pompeo the possibility of pushing the Ukrainian president, Volodymyr Zelensky, to pledge during a planned meeting with Mr. Trump in Warsaw that he would take the steps being sought by Mr. Trump as a way to break the logjam in relations between the two countries, the people said.

Mr. Pompeo expressed his approval of the plan, they said, but Mr. Trump later canceled his trip to Poland.

Sondland may be asked about this when he appears before later today. As a central figure in the Ukraine scandal, his testimony might be explosive if he corroborates Volker and Bill Taylor, especially since he has already amended his testimony before in order to say the Trump administration’s endeavors with Ukraine boil down to a quid pro quo.