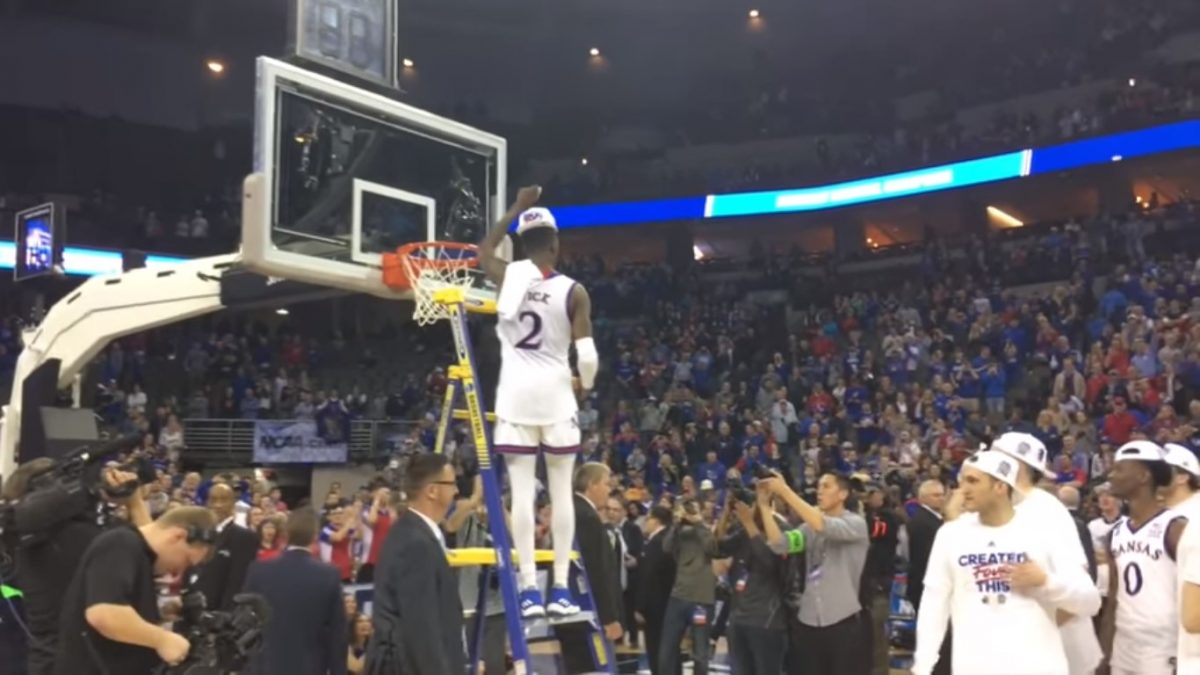 Saturday evening’s National Semifinal doubleheader concludes at San Antonio’s Alamodome as a pair of number one seeds, Villanova and Kansas, face off.

The Villanova Wildcats are coming off of an Elite Eight victory over the Texas Tech Red Raiders. In their 71-59 win in the East Region final, the Wildcats secured their second Final Four trip in three years. While Villanova had a tough time of it offensively against an athletic Texas Tech team, they were able to lock down the Red Raiders on defense, holding Tech to a 33 percent from the field.

The Kansas Jayhawks finished up last weekend’s regional finals with an overtime classic, downing the Duke Blue Devils in the Midwest Region final 85-81. The game may be most remembered for the final seconds of regulation when Duke senior Grayson Allen’s threw up a mid-range shot that hit just about every part of the rim before finally rolling out as the buzzer sounded, sending the contest to OT.

The game is scheduled to start at 8:49 PM ET and will air on TBS. The game can be watched online free with a cable subscription via NCAA March Madness Live. The site is also offering a three-hour free trial. It can also be watched on mobile devices via the March Madness Live app, which can be downloaded via Google Play or Apple’s App store.