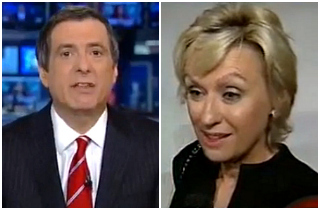 On Fox’s Media Buzz Sunday morning, host Howard Kurtz addressed editor Tina Brown’s departure from the Daily Beast, a fraught subject as Brown had fired Kurtz from the site several months ago, an action that has driven a bit of a feud between the two since.

Kurtz conceded Brown was “smart, charming, works hard, and was good at generating buzz,” and disclosed that he’d left the site under “contentious circumstances.” But he also said, “it would be hard to call her tenure a success,” and asked some former Newsweek-affilated writers whether “she damaged the Newsweek brand.”

“She inherited a magazine that on the one hand had a lot of fixed costs that were very hard to get out of, at a time when revenues really were damaged; and also where a lot of the people who were the marquee brands of the magazine had already left,” former Newsweek editor Mark Whitaker said. “It was a heavy lift to begin with. But the marriage with the Daily Beast was always a little awkward. One of the things it did to Newsweek was, in order not to compete with the Daily Beast, they essentially denuded the website of Newsweek. In this day and age it’s very hard to compete if you don’t have all of your platforms aligned.”

“Even in the era we find ourselves in now, she still has a great ability to create buzz,” said John Solomon, a former Newsweek writer. “The question is: can she make money in this environment? That was always the big thing with her.”

“Tina was at her best in an era when you could create buzz from on high,” Whitaker added. “One of things she discovered at the Daily Beast was in this day and age, it’s very hard to do that. You’re competing with social media, you’re competing with a lot of bottom-up buzz. I think in these days, any media brand, in order to survive and thrive, has to first pick an audience, first decide: who are you targeting, and build your strategy around that. Although there were a lot of clever ideas at Newsweek and the Daily Beast, there was never a clear sense of what audience she was going after.”

Watch the entire segment below, via Fox News: