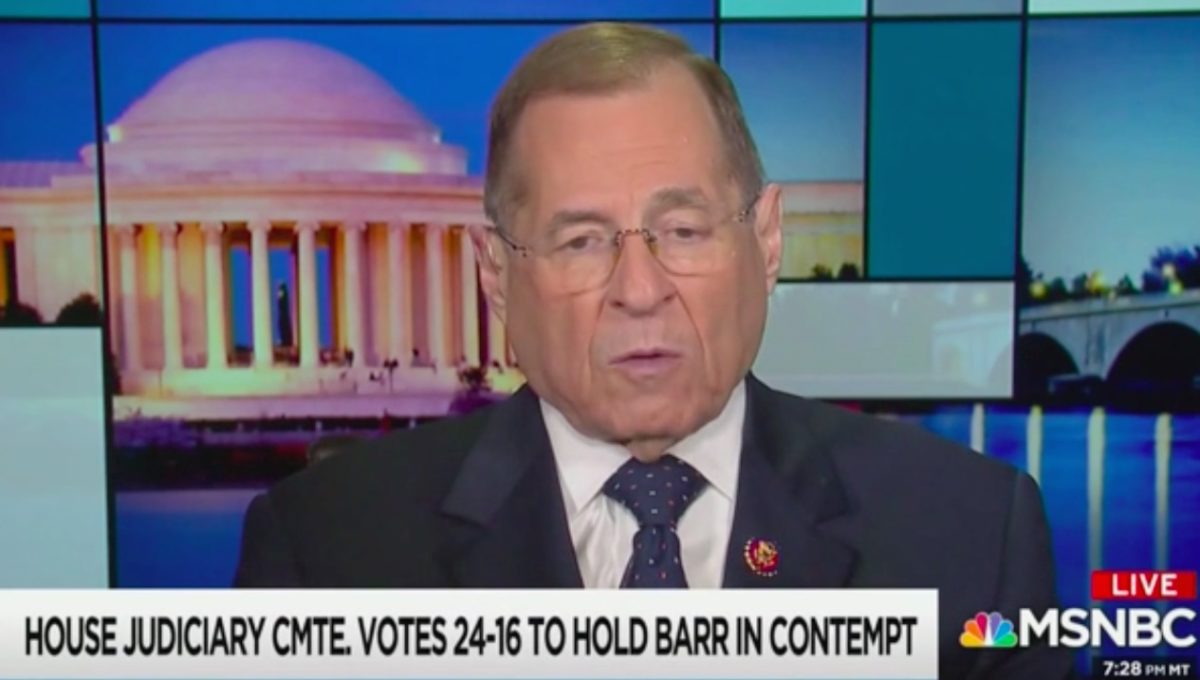 Congressman Jerry Nadler announced on Monday that he will postpone votes to hold Attorney General William Barr in criminal contempt of Congress now that the Department of Justice (DOJ) has promised to release new evidence from Robert Mueller‘s report.

The House Judiciary Committee chairman said he has reached a deal with the DOJ that will allow him to obtain “key evidence” from the redacted portions of Mueller’s obstruction of justice report.

Nadler has a deal with DOJ. Criminal contempt put off. pic.twitter.com/lueiCWndW0

Nadler went on, however, to warn that if the committee finds that the DOJ continues to hold back vital information, “we will have no choice but to enforce our subpoena in court and consider other remedies.”