Klein: There Were Better Ideas Than Raising Minimum Wage, But GOP Blocked Them 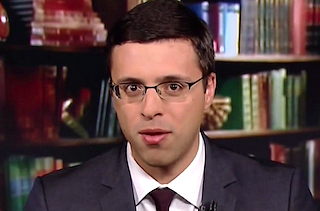 Former Wonkblog editor Ezra Klein told Morning Joe host Joe Scarborough Wednesday morning that raising the minimum wage is not an ideal solution to economic stagnation and income disparity, but may be one of the better ideas leftover after others had been killed by Republican lawmakers.

“You make the point that there’s a dimension of the minimum wage that is a transfer from low-wage workers to low-wage workers,” Klein said. “But there have been a bunch of other policies on the table in the last couple of years that would have been the transfer from high income and rich workers, from CEOs, down to low-income workers that we’ve talked about: the American Jobs Act; somebody could stand up and say, let’s jump up the earned income tax credit, and pay for it with a tax increase. And that’s been killed by folks, primarily by Republicans in Congress.”

“So at some point you do need to pick and do something for folks struggling in the economy,” Klein continued. “The minimum wage people facet on because it doesn’t have a cost to the deficit, but it does have this other tradeoff effect, which is, on the margin, some kind of disemployment.”