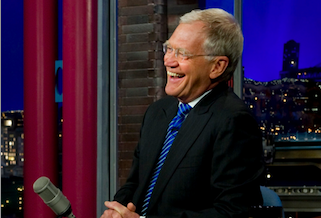 With his CBS contract set to end next year, it looked like long-time late night rivals David Letterman and Jay Leno could both be giving up their desks in 2014. But Friday, Letterman announced that he has signed a new contract with the network to stay with the Late Show through 2015.

The extension means that Letterman will have an extended period of direct competition with Jimmy Fallon, who is taking over the Tonight Show from Jay Leno in February. The CBS host has already been facing off with ABC’s Jimmy Kimmel since he moved to 11:35pm earlier this year.

In a statement, Letterman said that he and CBS head Les Moonves “both agreed that I needed a little more time to fully run the show into the ground. Moonves added, “There is only one Dave, and we are extremely proud that he continues to call CBS ‘home.'”

With 33 years under his belt as a late night host, Letterman has already surpassed the previous record of 30 years set by Johnny Carson. When Leno departs, the 66-year-old Letterman will officially become the lone elder statesman of the late night arena. At 45 and 39 respectively, Kimmel and Fallon will be expected to bring in higher ratings from the coveted 25-54 demo. But as the most tenured of the three network hosts, Letterman could see a lift in total viewers if he can pick up some of Leno’s large older audience.

In recent weeks, Letterman has trailed Kimmel slightly in the demo while consistently besting him in total viewers. For now, and likely until he goes off the air next year, Leno remains the late night ratings leader in both categories.