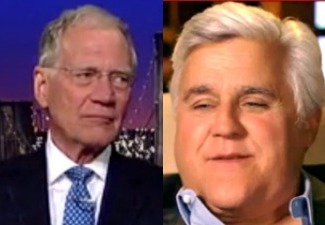 David Letterman‘s retirement has churned out a whole spate of rumors about who CBS is pursuing to replace him. Stephen Colbert is reportedly at the top of the list, but there’s buzz about a lot of people, including Jon Stewart and Chelsea Handler. One of the names being thrown around is none other than The View co-host Whoopi Goldberg, but Goldberg publicly refuted the rumor on the daytime show Monday.

Goldberg said, “What do you mean? I’ve got a job here. I work for ABC.” So unless she’s still secretly lobbying for the job, she’s out.

Then there’s Neil Patrick Harris. He has strong ties to CBS (starring on How I Met Your Mother for all those years would help) and he’s had success as a big TV host in the past (he’s hosted the Tonys four times), and so his name has also been bandied about. So does he have any interest in trying out late night?

Well, Harris says this “hasn’t even been a conversation at all” because he’s busy on Broadway now, and instead of expressing interest one way or the other about working late night, he simply said, “It would be an asinine amount of work.”

Meanwhile, NBC isn’t worried about who CBS will get to replace Letterman, at least publicly. NBC Universal CEO Steve Burke told reporters Monday that the network is confident enough in Jimmy Fallon‘s performance to remain successful no matter who CBS puts on to compete with him.

But Letterman’s retirement is on the heels of the departure of his long-time frenemy Jay Leno, and ExtraTV caught up with Leno to get his thoughts on Letterman’s retirement. Leno cracked a joke about them doing a two-man show before saying “there’s a lot of good people out there” they could replace Letterman with.

You can watch the video below, via ExtraTV: