Lindsey Graham Softens Criticism of Trump’s Syria Withdrawal: Sanctions Against Turkey Will Be a ‘Game Changer’ 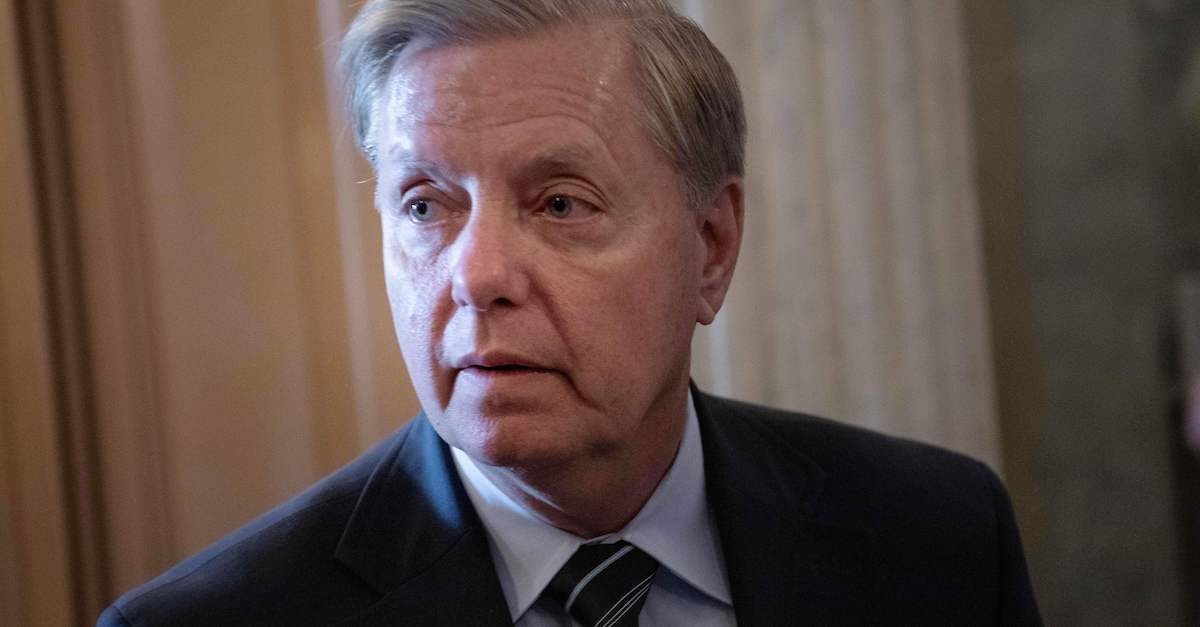 “Just spoke with President @realdonaldTrump. I applaud his decision to work with Congress to stop Turkeys aggression in Syria through crippling economic sanctions,” tweeted Graham on Sunday. “This decision by President Trump will be a game changer — in all the wrong ways — for Turkey.”

“It is imperative that we stop the bloodshed and stabilize northeastern Syria to prevent the reemergence of ISIS and the rise of Iran,” he added.

It is imperative that we stop the bloodshed and stabilize northeastern Syria to prevent the reemergence of ISIS and the rise of Iran.

While Graham has recently criticized Trump’s decision to let Turkey and their militarized proxies to invade Kurdish territory, he has since softened his opposition to the White House’s removal of U.S. troops in the region, saying that proposed economic sanctions against Turkish President Recep Tayyip Erdoğan’s regime has “strong bipartisan support.”

Treasury Secretary Steve Mnuchin announced Friday that Trump has called for his department to carry out “very significant new sanctions authorities” against Turkey, but plans for specific actions — if there are any — have not been revealed.

Over the weekend, Graham urged Trump to change course on Syria “while you still can.”

“Every concern I had about President Trump’s Syria decision is coming true in spades,” Graham tweeted,” before warning that “the reemergence of ISIS is on the way. And if you think only Europe is threatened — you are sadly mistaken” and adding that the terrorist group’s “ability to recruit partners to fight radical Islam in the future has been virtually destroyed” at this point.

Graham’s praise of Trump’s non-specific proposed sanctions was met with mockery and questions about the plan’s details:

I spoke with the arsonist just now, the one who threw the firebomb into the tinderbox.

I applaud his decision to make a contribution to fire safety in order to stop the conflagration.

His decision to do that will be a game changer. https://t.co/neLLhwu0iR

With respect, @LindseyGrahamSC how do you credibly sanction a nation for doing something its leader believes he was just given license to do? And, more practically, when and why will Erdogan stop an assault already well underway and achieving what it set out to do? https://t.co/UXLoI1wBmI

And it looks like @LindseyGrahamSC has gotten @realDonaldTrump on board. Appears likely to be a veto proof majority regardless but Trump doesn’t appear to be fighting Graham. https://t.co/iGEJ8k8G6t

Will afterthought sanctions on Turkey reverse ISIS’s second lease on life that your president gifted them or bring back the innocent lives your president traded away for nothing? https://t.co/bR96xsfhJJ