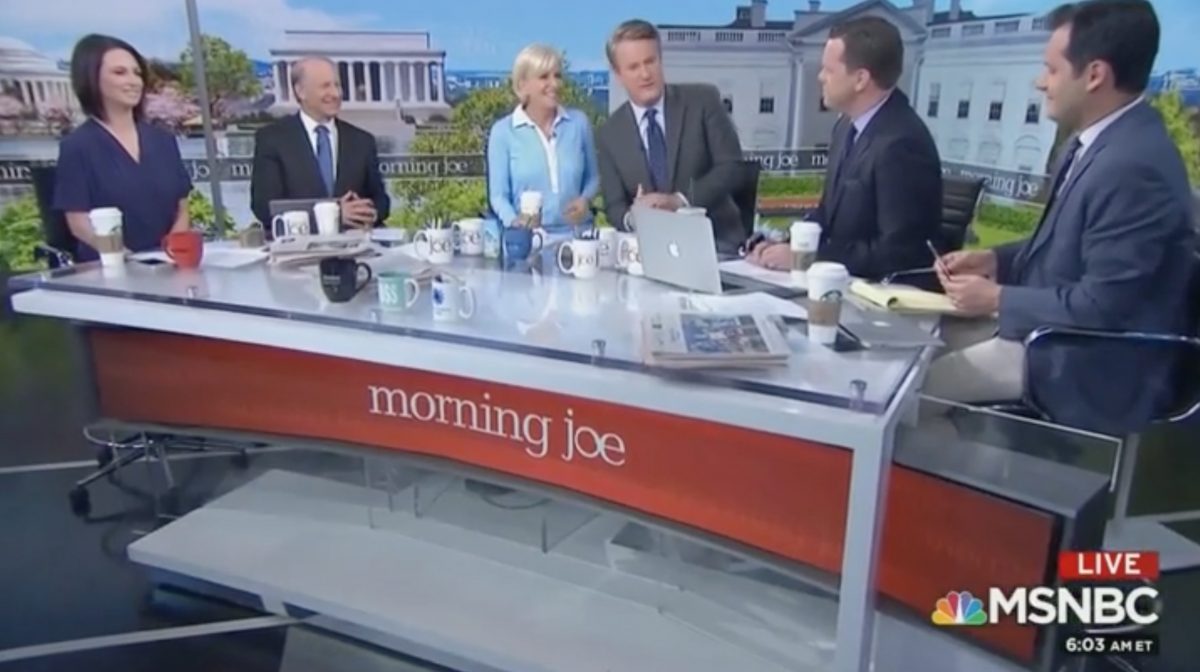 MSNBC’s Morning Joe posted their highest ratings ever last week amid multiple Trump administration crises. The show’s high mark comes as part of a big week for the network, which won the ratings for all of prime time, according to Nielsen.

In weekday prime, the network was number one among total viewers, topping Fox News (at #2) and CNN (at #4). In the demographic (24-54) their weekday prime programming was #4 across all of cable, beating both Fox and CNN.

For the month, Hannity still tops Maddow overall, at 3,079,000 to 2,882,000, marking a consecutive fifth month at the top. Fox took the month overall, marking their incredible 200th month in row as the most watched network in both primetime and total day. (Although Maddow won the month in the demo across cable news in her time slot, averaging 557,000 viewers.)

Nevertheless, a clear ratings win for MSNBC last week, and in particular for Morning Joe. It seems that when Trump has a very bad week, MSNBC has a very good one.