Thomas Roberts Goes Ballistic On Hate In America, Calls For ‘I Am Other’ Agenda For MSNBC
video

Thomas Roberts Goes Ballistic On Hate In America, Calls For ‘I Am Other’ Agenda For MSNBC 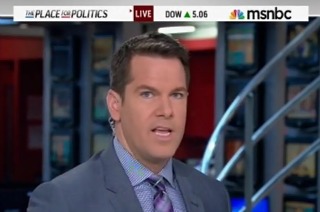 A conversation with a variety of MSNBC hosts and contributors exploded on Monday when dayside news anchor Thomas Roberts went off on the state of minority relations in the United States. He attacked many elements of American society for being racist against blacks and Hispanics, and discriminatory against women and gays and lesbians. Roberts challenged MSNBC to have an “I am other” agenda.

Roberts tore into the social contract, called it “wrong,” and identified what he considers systemic discrimination and hatred permeating the fabric of American social life.

Don’t we need to do more about our social contract with each other in this country when it comes to being others? Because, as we look at this, we can use this as a great pivot point to talk about race relations in this country.

But, being an “other,” whether it’s LGBT, because you’re suspected of being a pedophile and a rabid disease carrier.

And if you are a woman, well you don’t have a right to your own body and your own reproductive health, because if you do you’re a slut that wants to sleep around and use abortion as birth control.

Isn’t that the — and I want to challenge this network: we had to have an “I am other” agenda and have a forum for it, because others need to unite to talk about this and figure out where we are going as a country.

The social contract that we have currently negotiated that is so wrong and how this is happening in a country where we have this huge group of people that– it’s supposed to be a melting pot, but we treat each other with such disdain it’s not even funny.