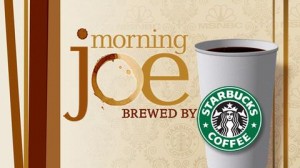 Recently, Mediaite‘s Noah Rothman declared that “Dylan Ratigan’s Departure Signals MSNBC’s Leftward Drift Complete,” as if Endor had been lost, and Phil Griffin’s Death Star had blown every conservative into icy space-vapor (if only). The truth, however, is that MSNBC still devotes its largest, most influential chunk of airtime to a show that’s run by a former Republican legislator, and largely populated with the same Beltway press that Politico‘s Joe Williams outed on Jennifer Granholm‘s show.

When I talk about “influence,” I’m not talking about the quality of the shows on MSNBC, or their ability to persuade viewers, or even the relative size of their audiences. Joe Scarborough‘s Morning Joe is dwarfed, ratings-wise, by the likes of Rachel Maddow, Ed Schultz, and Lawrence O’Donnell, and while the quality of their shows is a subjective matter, I would argue there’s significant evidence that Maddow’s style, for example. is uniquely persuasive. Far from a knock on MSNBC’s primetime lineup, this observation is proved by the fact that the Maddows, Schultzes, and O’Donnells exist mainly to counter the heavy influence of Morning Joe.

Morning Joe is the most influential show on cable news because of who watches it; namely, every member of the Washington, DC political ecosystem, from journalists to legislators, to consultants, to staffers, right on down to Bo Obama, I’m sure. To Scarborough’s credit, he has demonstrated a willingness to speak out against members of his own party, but that tendency is the currency that allows him to retain that influence.

He populates the show with panelists that consist largely of the Mark Halperin-esque mainstream reporters who form the narratives that control political news cycles, Republican officials, and Democrats like Harold Ford Jr., whose main goal in life is to make Republicans like them. Mixed in, at times, are decent liberal commentators like Eugene Robinson or Jonathan Capehart, but even then, it is Scarborough who sets the agenda, who runs the show, and who wins every argument.

As conservatives go, Joe Scarborough is fairer than most, but make no mistake about it, he is an avowed conservative, and when push comes to shove, it is his framing that blasts forth to the DC journalist audience like a whooping cough. In an exclusive interview, Scarborough told Newsbusters “many times I’m the only conservative on that program, but count the words. I dominate the program. So it’s basically, if there are five liberals around the set, what makes the show fascinating is it’s five liberals against one conservative, and just to be blunt, given the authority that I am given on that show by the network and the format and by my co-host Mika, that’s usually a pretty fair fight.”

By way of illustration, on a recent episode of Morning Joe, co-host Willie Geist absolutely destroyed a Scarborough narrative about the press allegedly giving Democrats a pass, taking Scarborough up on his challenge to find a Democratic equivalent to a recent New York Times Home section spread on Mitt Romney‘s LaJolla mansion. From The Daily Show:

What happened next was that Scarborough said, “Well, it’s proportionality,” and stuck to his narrative. If there had been a decent liberal on that panel, or a reporter with a true grasp of the word “objectivity,” he or she would have asked Scarborough to explain why the media gave Mitt Romney a pass on Bain Capital, declaring the President’s attacks “inappropriate” (a narrative that began, where else, on Morning Joe) and that they “weren’t working,” even though they were? Or why the media continues to give Romney a pass for belonging to and supporting an organization that, for 31 of Romney’s years, enforced a racist policy among its leadership, a policy that Romney still hasn’t said was wrong? Or why not a single mainstream reporter confronted Romney (or any of his surrogates) with his own words, that despite saying “any president” would have greenlit the bin Laden raid, he had said, with his own mouth, that he would not support unilateral action into Pakistan to get high-value terrorist targets?

It’s worth noting not only that Willie Geist did a great job in tracking that down, but that Scarborough initially asked Mark Halperin “Mark, maybe you can help me. did The New York Times ever dispatch reporters to John Kerry’s homes? Because John Kerry is worth a lot more money, obviously, than Mitt Romney. Like his Georgetown home, was there ever a story on the Georgetown home that you can recall?”

Halperin responded, “I don’t recall that.”

Now, if you’re a conservative, this is wonderful news, because your framing is being transmitted directly to every journalist and politician in Washington, DC. Fox and Friends has a larger audience, but they and CNN’s morning shows are geard more towards news consumers. The newsmakers are watching Morning Joe.