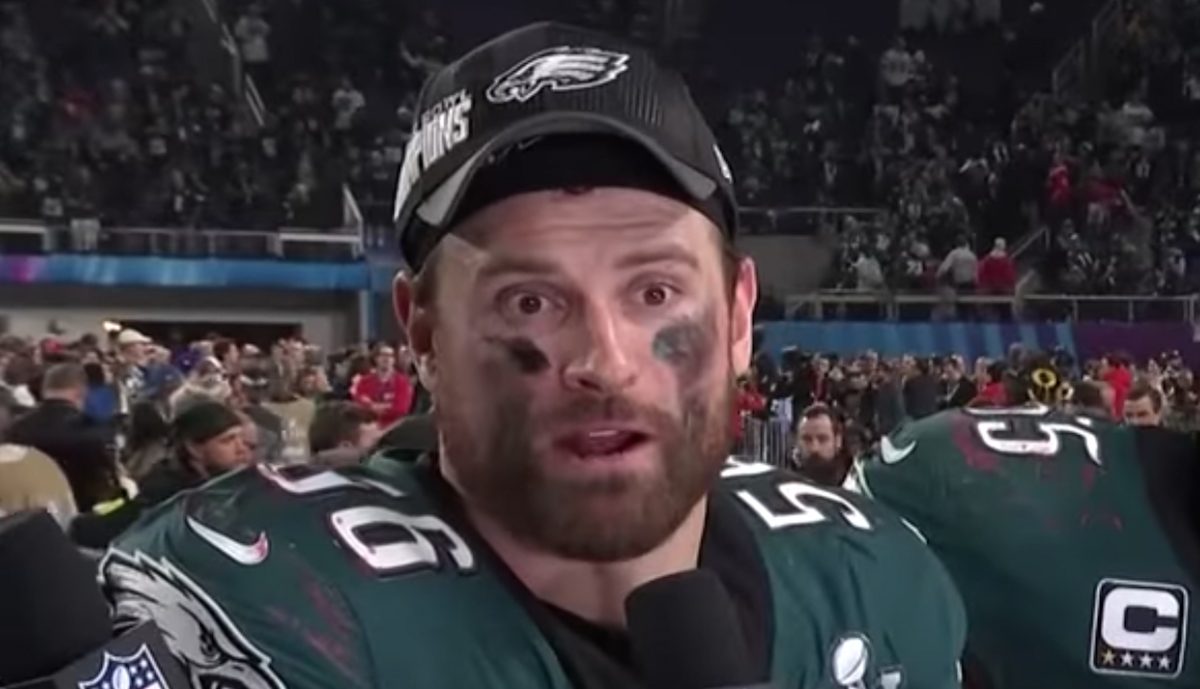 Fox News’ Laura Ingraham ripped NBA star LeBron James last night, after he suggested that President Donald Trump doesn’t “give a fuck about the people,” telling the basketball player that he should “just shut up and dribble.”

You know who wasn’t having any of that? NFL player, and two-time Super Bowl champ, Chris Long.

Long went on an extended Twitter diatribe, accusing the anchor of false equivalency. He pointed out, despite Ingraham suggesting James should “just stick to sports,” that Fox News often has celebrities weigh in on important topics.

I’m sure the network she works for has interviewed a bunch of athletes, just couldn’t find the screenshots quickly. The point is, what’s the prerequisite for who can talk politics? So, Fox News folks who agree with Laura… you okay with these segments?

Afterwards, he got to the meat of his argument, asking Ingraham “What’s the prerequisite for who can talk politics?”

Long suggested that it could be that people like Ingraham simply want “control” over people like James.

And if you reply “stick to sports,” you should probably tune of out Fox News because they’ve got karate guys talking climate change on there. (Which I’m cool with… it’s his right.) Unless it’s just about you needing to feel like you’ve got control of athletes like Lebron.

He even brought up baseball player Curt Schilling, afterwards accusing Fox News viewers of “nodding their head when Laura spews her bullshit.”

So here’s the thing. I can’t stand Curt’s views, but it’s his right to speak them. But the same people saying “stick to sports” and nodding their head when Laura spews her bullshit are tuning in to listen to Curt. “JUST SHUT UP AND THROW THAT BASEBALL” – said no Fox News viewer. https://t.co/YbEgQ408DA

The NFL great brought up Fabio, a male model who is known for appearing on the covers of romance novels, one last time, to really drive his point home.

EVERYONE FOLLOWS AN AGENDA. The conversation pertains to shutting down athletes speaking on politics or social issues based on some lack of merit, yet giving Fabio a platform. The left recruits all types of non experts to weigh in. Keep up. https://t.co/rjOcKBDsHY

As a final note, let’s not forget that our president hosted a reality show for 15 seasons.