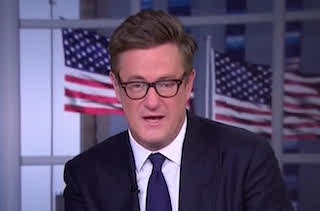 After the Supreme Court denied the state a stay pending a ruling later this spring, effectively legalizing the practice, Alabama Chief Justice Roy Moore ordered probate judges to ignore the ruling. Some did, some didn’t; some couples got marriage licenses, others filed to hold judges in contempt, and we had ourselves a good ol’ fashioned Alabama holler squabble.

Scarborough called the judges ignoring the SCOTUS ruling an “embarrassment.”

“We have survived over two centuries because the law of the land still rules us all,” Scarborough said. “If we don’t like how federal judges are making laws, there’s a way to get around that. It’s not be defying the federal government. It’s by winning elections and appointing judges that actually share your view of what America should be, what our society should be, and what the Constitution of the United States should be and how it should be interpreted.”